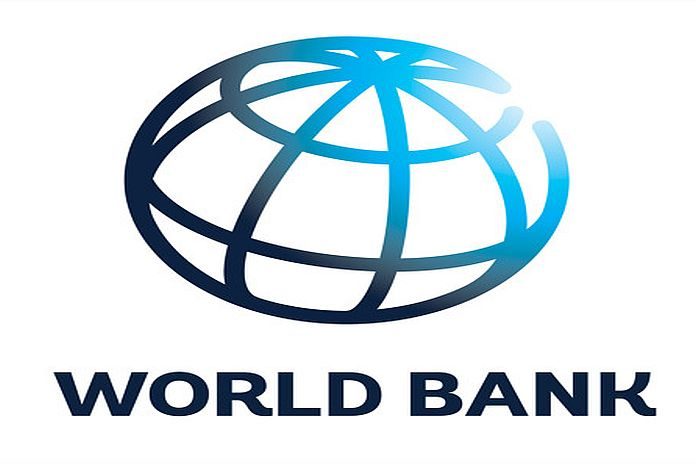 WASHINGTON, USA — Global economic growth is forecast to edge up to 2.5 percent in 2020 as investment and trade gradually recover from last year’s significant weakness but downward risks persist, the World Bank says in its January 2020 Global Economic Prospects.

Growth among advanced economies as a group is anticipated to slip to 1.4 percent in 2020 in part due to continued softness in manufacturing. Growth in emerging market and developing economies is expected to accelerate this year to 4.1 percent. This rebound is not broad-based; instead, it assumes improved performance of a small group of large economies, some of which are emerging from a period of substantial weakness. About a third of emerging market and developing economies are projected to decelerate this year due to weaker-than-expected exports and investment.

“With growth in emerging and developing economies likely to remain slow, policymakers should seize the opportunity to undertake structural reforms that boost broad-based growth, which is essential to poverty reduction,” said World Bank Group vice president for Equitable Growth, Finance and Institutions, Ceyla Pazarbasioglu. “Steps to improve the business climate, the rule of law, debt management, and productivity can help achieve sustained growth.”

US growth is forecast to slow to 1.8 percent this year, reflecting the negative impact of earlier tariff increases and elevated uncertainty. Euro Area growth is projected to slip to a downwardly revised 1 percent in 2020 amid weak industrial activity.

Downside risks to the global outlook predominate, and their materialization could slow growth substantially. These risks include a re-escalation of trade tensions and trade policy uncertainty, a sharper-than expected downturn in major economies, and financial turmoil in emerging market and developing economies. Even if the recovery in emerging and developing economy growth takes place as expected, per capita growth would remain well below long-term averages and well below levels necessary to achieve poverty alleviation goals.

“Low global interest rates provide only a precarious protection against financial crises,” said World Bank Prospects Group Director Ayhan Kose. “The history of past waves of debt accumulation shows that these waves tend to have unhappy endings. In a fragile global environment, policy improvements are critical to minimize the risks associated with the current debt wave.”

East Asia and Pacific: Growth in the region is projected to ease to 5.7 percent in 2020, reflecting a further moderate slowdown in China to 5.9 percent this year amid continued domestic and external headwinds, including the lingering impact of trade tensions. Regional growth excluding China is projected to slightly recover to 4.9 percent, as domestic demand benefits from generally supportive financial conditions amid low inflation and robust capital flows in some countries (Cambodia, the Philippines, Thailand, and Vietnam), and as large public infrastructure projects come onstream (the Philippines and Thailand). Regional growth will also benefit from the reduced global trade policy uncertainty and a moderate, even if still subdued, recovery of global trade. Regional data.

Europe and Central Asia: Regional growth is expected to firm to 2.6 percent in 2020, assuming stabilization of key commodity prices and Euro Area growth and recovery in Turkey (to 3 percent) and Russia (to 1.6 percent). Economies in Central Europe are anticipated to slow to 3.4 percent as fiscal support wanes and as demographic pressures persist, while countries in Central Asia are projected to grow at a robust pace on the back of structural reform progress. Growth is projected to firm in the Western Balkans to 3.6 percent — although the aftermath of devastating earthquakes could weigh on the outlook — and decelerate in the South Caucasus to 3.1 percent. Regional data.

Latin America and the Caribbean: Regional growth is expected to rise to 1.8 percent in 2020, as growth in the largest economies strengthens and domestic demand picks up at the regional level. In Brazil, more robust investor confidence, together with a gradual easing of lending and labor market conditions, is expected to support an acceleration in growth to 2 percent. Growth in Mexico is seen rising to 1.2 percent as less policy uncertainty contributes to a pickup in investment, while Argentina is anticipated to contract by a slower 1.3 percent.

In Colombia, progress on infrastructure projects is forecast to help support a rise in growth to 3.6 percent. Growth in Central America is projected to firm to 3 percent thanks to easing credit conditions in Costa Rica and relief from setbacks to construction projects in Panama. Growth in the Caribbean is expected to accelerate to 5.6 percent, predominantly due to offshore oil production developments in Guyana. Regional data.

Middle East and North Africa: Regional growth is projected to accelerate to a modest 2.4 percent in 2020, largely on higher investment and stronger business climates. Among oil exporters, growth is expected to pick up to 2 percent. Infrastructure investment and business climate reforms are seen advancing growth among the Gulf Cooperation Council economies to 2.2 percent. Iran’s economy is expected to stabilize after a contractionary year as the impact of US sanctions tapers and oil production and exports stabilize, while Algeria’s growth is anticipated to rise to 1.9 percent as policy uncertainty abates and investment picks up. Growth in oil importers is expected to rise to 4.4 percent. Higher investment and private consumption are expected to support a rise to 5.8 percent in FY2020 growth in Egypt. Regional data.

South Asia: Growth in the region is expected to rise to 5.5 percent in 2020, assuming a modest rebound in domestic demand and as economic activity benefits from policy accommodation in India and Sri Lanka and improved business confidence and support from infrastructure investments in Afghanistan, Bangladesh, and Pakistan. In India, where weakness in credit from non-bank financial companies is expected to linger, growth is projected to slow to 5 percent in FY 2019/20, which ends March 31 and recover to 5.8 percent the following fiscal year. In Pakistan’s growth is expected to rise to 3 percent in the next fiscal year after bottoming out at 2.4 percent in FY2019/20, which ends June 30.

In Bangladesh, growth is expected to ease to 7.2 percent in FY2019/2020, which ends June 30 and edge up to 7.3 percent the following fiscal year. Growth in Sri Lanka is forecast to rise to 3.3 percent. Regional data.

Growth in Nigeria expected to edge up to 2.1 percent as the macroeconomic framework is not conducive to confidence. Growth in Angola is anticipated to accelerate to 1.5 percent, assuming that ongoing reforms provide greater macroeconomic stability, improve the business environment, and bolster private investment. In the West African Economic and Monetary Union, growth is expected to hold steady at 6.4 percent. In Kenya, growth is seen edging up to 6 percent. Regional data. 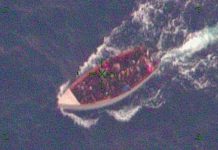 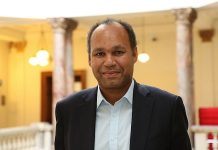 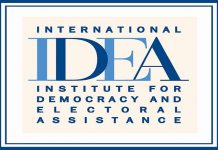 Government scales up support to protect the world’s ocean with multimillion...