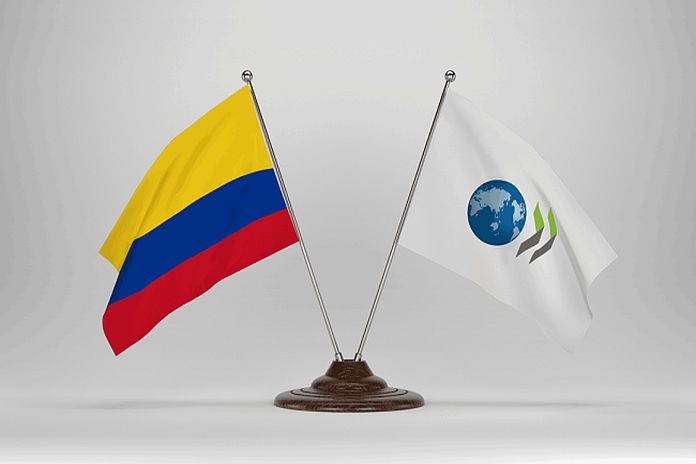 PARIS, France — On April 28, Colombia formally become an Organisation for Economic Co-operation and Development (OECD) member, the 37th country to do so in the Organisation’s near 60-year history.

Working with over 100 countries, the OECD is a global policy forum that promotes policies to improve the economic and social well-being of people around the world. It provides a forum in which governments can work together to share experiences and seek solutions to the economic, social, and governance challenges they face.

Colombia has now completed its domestic procedures for ratification of the OECD Convention and deposited its instrument of accession. This brings to a successful conclusion an accession process that began in 2013.

OECD member countries formally invited Colombia to join the Organisation in May 2018, following a five-year accession process during which it underwent in-depth reviews by 23 OECD committees and introduced major reforms to align its legislation, policies, and practices to OECD standards. These spanned the breadth of policy fields including labour issues, reform of the justice system, corporate governance of state-owned enterprises, anti-bribery, trade, and the establishment of a national policy on industrial chemicals and waste management.

Beyond the technical aspects, the accession process has served as a catalyst for Colombia to proceed to important reforms to improve the well-being of its citizens, such as the reduction of informality in the labour market, improving the quality and relevance of education and training as well as the long-term sustainability of the health system.

Welcoming the news, OECD secretary-general Angel Gurría said, “We are delighted to welcome Colombia as the 37th member of the OECD. Colombia’s accession is tangible proof of our commitment to bring together countries who strive for the highest standards in global public policy in order to improve the well-being and quality of life of their citizens. Given its recent history, Colombia can be rightly proud of what is truly an exceptional achievement.”

“The accession process has offered Colombia the opportunity to address major policy issues and challenges multilaterally and to learn from the experiences of fellow OECD countries. Engaging Colombia has also served to enrich the OECD’s knowledge and policy experience,” Gurría said.

Colombia’s accession will extend the OECD’s membership to 37 countries. It will be the third member country from the Latin America and Caribbean region to join following Mexico and Chile. A fourth, Costa Rica, is entering the final stages of its accession process to the Organisation.

Jamaica and the United States: A model for partnership in the...