GEORGETOWN, Guyana, (DPI) – President David Granger is urging that the International Decade for People of African Descent Assembly – Guyana (IDPADA-G) to embark on a new model of credit union to encourage economic empowerment.

President Granger made the call while delivering remarks at the IDPADA-G’s Co-operative Credit Union first General meeting. The union was registered on February 7, 2020. He noted that at the end of 2019, there were about 30 credit unions in Guyana with 24,000 members with an asset of just over $US 28.9 million. However, he posited that more needs to be done by the unions and proposed that IDPADA’s credit union leads the way.

The president suggested that the credit union cater for four stages of economic enterprise. That is subsistence which caters for personal loans; commercial that is a financing enterprise that could embark on marketing; industrial that caters for the wider market and international for competitive marketing and sales.

“I see the credit union being an economic powerhouse operating not only at the personal level but also moving to commercial, industrial / manufacturing and export stages of development,” president Granger stated.

He said that the union should not only aim at functioning at small scale or household agriculture but should move up to agro-processing, craft, and commercial enterprises.

“I think it is important that we should not allow the credit union to stagnate at the level of the individual borrower. It needs to move to the industrial stage which will involve the establishment of factories and the fourth stage which will involve shipping of commodities overseas … financing is needed at the level of micro, small and medium scale enterprises particularly in the agro-processing sector”

The credit union, he noted must not remain an urban office but instead be dynamic, by going into the various regions providing extension services to farming and other agricultural communities.

The model the head of State is proposing will see savings and shareholders widening countrywide with a diversified lending portfolio but with an emphasis on products rather than consumer activities.

“Consider carefully the adoption of a model of co-operative credit union which will not be marginalised by the overall financial sector, but which has the potential to compete eventually with the formal financial sector and to stimulate enterprise development beyond the subsistence level and into the commercial, industrial and international competitive stages,” president Granger emphasised.

WHO discontinues hydroxychloroquine and lopinavir/ritonavir treatment arms for COVID-19 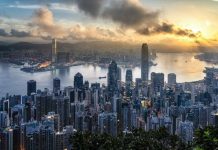 OAS launches guidebook to facilitate access of LGBTI persons in the...