The marathon five-month stand-off that held Guyana in limbo leaves lingering questions as regards the soundness and stability of the country’s political environment. The country can breathe a collective sigh of relief and the new government get on with the business of running the country, but it is clear that the fragility and disorder of the political system and other institutional vulnerabilities that underpin the crisis remain to be addressed.

Have we resolved underlying social and political problems that have been at the root of the political distress and instability that the country has faced for decades, or can we expect unrest to erupt at the next election, if not before? What is to be done to establish stable political conditions to enable a vibrant investment and development climate? It is clear that whatever plans the new government has for economic development, these questions are priority issues it cannot ignore.

The government faces a demanding agenda of issues. The fight to suppress the spread of COVID-19 stands out as an immediate hurdle that has to be crossed, and a recent sharp increase in cases, with deaths in August surpassing the combined total for all the previous months of the pandemic, is reason for serious alarm. As in other countries, combatting the virus while providing economic relief for the most vulnerable and maintaining support to economic activity will pose tough choices for a government with limited resources.

The experience of other countries demonstrates that keeping this peril at bay calls for comprehensive and uncompromising social interventions. Government will want to do all it can to stimulate the economy and keep it functioning, subject to the limitations which the struggle against the virus will require.

Dealing with the burgeoning oil industry is also among the government’s foremost challenges. The discovery of large, lucrative oil deposits since 2015, with production starting in late 2019, has been one of the most transformative events in the country’s history. It has brought the prospect of phenomenal increases in incomes and revenue for the country that could lift it from its position in the development doldrums and change dramatically the living standards of Guyanese people.

However, it has to be considered a mixed blessing. By raising the stakes on control of the government, the oil discoveries were a significant factor motivating the actions of leading political players following the elections. Now with that matter mostly settled, long-held dissatisfaction with the terms of production sharing agreements the outgoing government signed with Exxon Mobile and its partners has re-emerged.

Pressures are mounting for the government to insist on a larger share of revenue accruing to the local population. No doubt with a mind to the country’s long-run reputation as an investment destination, the new government has already signaled that it will not seek to renegotiate the terms of the existing PSA but will be looking to make changes to future agreements. Government independent review and approval delays of the field development plan for the Payara Project, the third major Exxon Mobile oil production project in the country, and issues related to gas flaring and disposal of wastewater are just some of the issues arising to test the working relationships of the company in the country.

The handling of these issues will set the tone for a relationship that strikes a workable balance between the company’s profit motives and the country’s economic development and environmental objectives. The question of an appropriate local content policy has also come into focus.

Outside of the pervasive impact of the oil industry on the country, other demanding challenges lay ahead. The government must address institutional and capacity obstacles which affect the business environment, including a reputation of corruption and security issues. Oil revenues will bring necessary infrastructural improvements in education and health, energy production, transport, communication and technology within reach, and government will be banking on these improvements to bring an upsurge in economic activity benefiting citizens.

However, being able to execute such a program of projects effectively will require enormous capacity-building and institutional overhaul. Attention needs to be paid to rebuilding the permanent professional foundations of the public services depleted by years of emigration and political interference.

A regulatory framework has to be set in place to address a reputation of corruption, and to reverse the politicization of public service management that has transpired over a period of decades. A strong professional public service core will provide separation between policymaking and program execution, thereby giving a backbone of continuity, less subject to the swings of political change. The government will need local commitment as well as diaspora and international community support to build this capacity and institutional framework.

President Irfaan Ali has made encouraging announcements committing to constitutional reform but it remains to be seen what actual steps will be taken. A recommended starting point for institutional strengthening is electoral reform – with a strong dose of civil society involvement – given its role in setting the stage for further change with stability.

The post-election events underline its urgency, and respected election observers and commentators have recommended it for decades. It is necessary to settle underlying social distresses before the next election due by 2025. A new system must seek to eliminate the winner-take-all nature of the present system, and establish a more performance-oriented, consensus-based system that fosters inclusion and engagement. 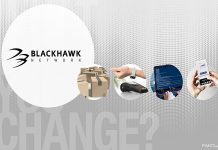 The Bahamas central bank — ministry of finance engage in borrowing...