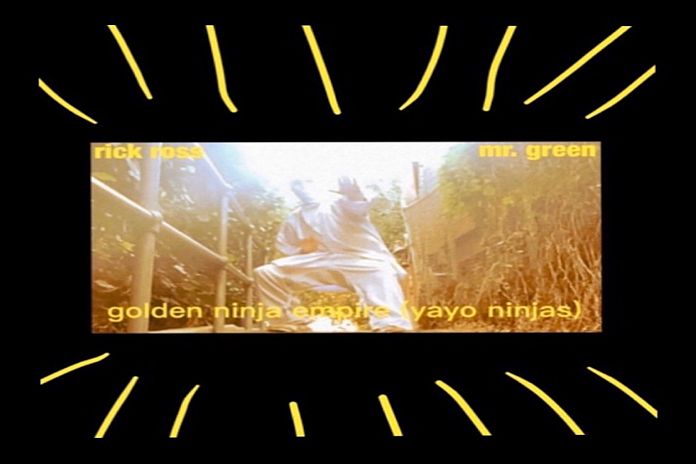 LOS ANGELES, California – Mr Green is back with another 1980s ninja movie-style tune, this time featuring the illustrious Rick Ross.  The strange but wonderful concoction is a mixture of many very different sounds, styles and textures that somehow tie seamlessly together with all at once: lofi hip hop, R&B, top 40 pop music, southern trap, boom-bap, autotune, soul music, classical music (towards the end there is a hint of a perpetual canon “kilo, low key, kilo, low key, kilo…”) and cassette culture (at the very very end you can actually hear the song ends when the tape stops).

Here it is on Spotify and all other platforms.

Rather than outsourcing and hiring a visual artist to make the cover, Mr Green created one himself using his cell phone and some techniques he learned through a photography class he took with MOMA.  The result is something very gritty and rough around the edges but also very eye-catching and provocative, both bad and good at the same time. The artwork is attached.

Mr Green is a DJ and producer who has created tracks with Snoop Dogg, Talib Kweli, ASAP Ferg and did a full project with Westside Gunn before he ascended to the top of the hip hop game. Last year, his song “If I don’t Go to Hell” inspired fans to make hundreds of thousands of TikTok videos, earning the song over a billion views. He also produced albums with both DJ Kool Herc and Lee Scratch Perry. He most recently completed a track with Redman. Mr Green is managed by Cory Weisman of Weisman Worldwide Entertainment.

Muslims in Guyana in a plural society 1963