CANTON, Ohio–(BUSINESS WIRE)–Hall of Fame Resort & Entertainment Company (“HOFV” or the “Company”) (NASDAQ: HOFV, HOFVW), the only resort, entertainment and media company centered around the power of professional football and owner of the Hall of Fame Village powered by Johnson Controls in Canton, Ohio, today announced that it granted to Victor Gregovits, as an inducement to accept his appointment as Executive Vice President of Sales & Marketing with HOF Village Newco, LLC (“HOF Village”), 380,800 restricted stock units (the “RSUs”) with respect to the Company’s common stock, $0.0001 par value. The Company also granted to Evan Miller, as an inducement to accept his appointment as Business Development Executive (Media) with HOF Village, 11,770 RSUs. In addition, the Company granted to Brittany Valentine, as an inducement to accept her appointment as Director of Sporting Event (Sales) with HOF Village, 11,042 RSUs. Furthermore, the Company granted to John Lytell, as an inducement to accept his appointment as Director of Public Affairs with HOF Village, 20,599 RSUs. The grants were made as inducement awards in accordance with the offers of employment of Messrs. Gregovits, Miller and Lytell and Ms. Valentine and were not granted under the Company’s Amended 2020 Omnibus Incentive Plan (the “2020 Plan”), but are subject to substantially the same terms and conditions as the 2020 Plan. For each new employee, the grants, which are subject to award agreements, will vest in one-third increments on each of the first, second and third anniversary of such new employee’s start date, subject to continued service through each applicable vesting date. 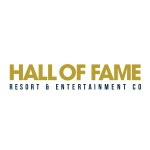 About the Hall of Fame Resort & Entertainment Company

Inflow, a Science-Based App for ADHD, Announces Acquisition of Lina

St Kitts – Nevis and Canada continue to implement initiatives that...

Barbados calls on EU to halt black and greylisting

How to Prepare Your Finances For Life After Coronavirus