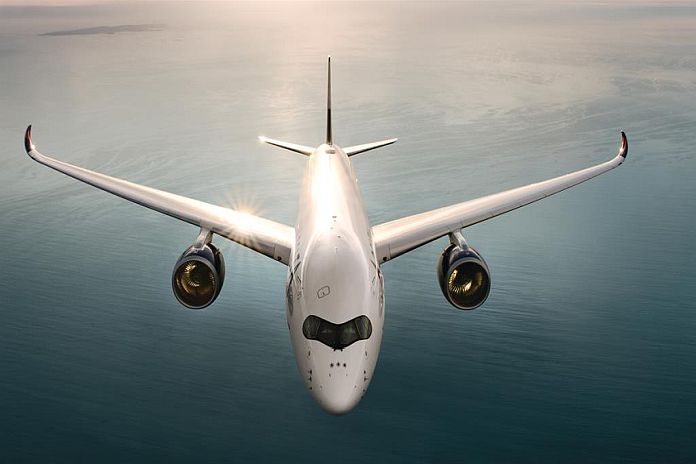 ATLANTA, USA, (DELTA News Hub) — Delta’s “change power” was a key attribute in how the airline successfully navigated the COVID-19 pandemic and makes it poised for growth in the future. That assessment was featured in the Harvard Business Review’s unveiling of a new business system designed to assess a company’s ability to change.

The Harvard Business Review identified nine common traits, in three groups, that it says make companies excel at change, and that Delta exemplified:

“Delta Air Lines has strengths in each of these three groups, which helps explain why it responded so well when the pandemic hit, relative to its competitors,” the Harvard Business Review wrote. “The company is particularly strong in purpose, connection, and action.”

The actions Delta took at the onset of the pandemic – particularly the decision to block middle seats – offered a case study for the change power system’s authors. It was a decision informed by listening to its customers. While on the on the surface it seemed straightforward, executing the mandate across a vast aircraft fleet, thousands of employees and a myriad of systems proved complicated.

“We start with the quick solution, and then look at how we can make it more efficient,” Delta vice president – America’s pricing and revenue management Paul Baldoni told the Harvard Business review, summarizing an iterative, focused approach that ultimately addressed challenges across the entire organization.

The decision to block the middle seat was one of many difficult choices that had to be made by Delta’s leadership and chief executive officer Ed Bastian. Despite the pressures, he remained committed to his employees, confident that if they felt supported, they’d in turn care for the airline’s customers at a time when the airline was facing its most challenging days.

Bastian’s strength in the change power traits, his ability to transfer them throughout the organization and employees’ recognition of that leadership led him to be named among the top 10 CEOs in Glassdoor’s Employees’ Choice Awards for the Top CEOs of 2021, which named leaders who excelled at supporting their people throughout the pandemic. The recognition reflects his leadership – connecting with the Delta people through crisis by communicating purposefully and always acting to put people’s health, safety and well-being first.

“Ed has been steadfast about putting people before profits,” said Joanne Smith, Delta’s E.V.P. and chief people officer. “That’s a leadership lesson for the ages, and one that’s made all the difference.”

Delta’s people have been recognized, too. The airline earned the No. 1 spot in the J.D. Power 2021 North American Airline Satisfaction Study, underscoring the professionalism, care and humanity Delta people delivered during the pandemic.

“Delta’s quick response to the pandemic illustrates how a large-scale, complex organization can lean into its strengths and effect major change in rather short order,” the Harvard Business Review wrote.

“The lesson,” the authors wrote, “A company’s capacity for change matters. A lot.”