WASHINGTON, USA – A bipartisan research team released new Hispanic voter research that finds that 60 percent of Hispanic respondents agree with the statement: “While I typically vote for candidates of one political party, if the other party’s candidates made an effort to reach out to me, I would consider voting differently.”

The research was conducted by Deep Root Analytics and Dewey Square Group and was designed to develop insights and television ratings for campaigns, political organizations and advocacy media buyers. They will be able to use the research both to better understand insights among Hispanic voters in this unique landscape and to develop a targeted buying program to communicate with this important audience of voters.

The analysis of key findings by partisan breaks reveals encouraging information for both major political parties.

There are significant swaths of Hispanics who support traditionally Republican policy positions. Though on many of these issues there is majority support for the Democratic position, there are a number of issues where there are meaningfully large numbers of Hispanics that prefer the Republican approach.

Cutting taxes. Fifty-six percent of Hispanics agree that “the best way to stimulate the economy is by cutting taxes across the board for individuals, small businesses and corporations…”

“All of the above” energy production. Forty-five percent of Hispanics agree that “we need an all of the above energy policy that rolls back excessive regulations on fossil fuels while also supporting the growth of other energy solutions, like natural gas, wind, nuclear, and solar.”

School choice. Forty-two percent of Hispanics agree that “parents should have a choice when it comes to deciding whether to send their children to private or public school.”

Student Debt. Forty percent of Hispanics agree that “cancelling student loan debt is unfair to the millions of responsible students who worked their way through college, made financial sacrifices and managed their finances in such a way that they avoided taking on cumbersome debt.”

“With such a high turnout election coming in 2020, it is critical that Republican candidates running in key markets and states understand the many opportunities they have with Hispanic voters if they actively engage with them,” said Alex Lundry, chief data scientist of Deep Root Analytics.  “These survey results clearly demonstrate that Republicans can communicate meaningfully with Hispanic voters across a wide range of conservative issues, including tax cuts, energy production, school choice, and student debt.”

The poll’s results also yielded several findings that will encourage Democratic candidates, revealing a number of issues on which Hispanics overwhelmingly support traditionally liberal policy positions.  This, along with other Univision research that reveals healthcare, cost-of-living and the economy as the most important issues for Hispanics, reveals a promising path forward for Democrats and Hispanic voters.  Here are the top issues where Democrats and Hispanics are aligned.

Immigration path to citizenship. Seventy-six percent of Hispanics agree that “there should be a reasonable path to citizenship for illegal immigrants who came to the US as children, and splitting up and detaining migrant families at the border and raiding businesses with migrant workers are inhumane practices that threaten the lives and well-being of those children.”

Medicare-for-all. Sixty-five percent of Hispanics agree “health care should be considered a right and Medicare-for-All allows everyone to be covered without worrying about costs. Americans will be healthier and businesses wouldn’t have to carry the burden of health care costs which could lead to better pay.”

Gun Control. Sixty-one percent of Hispanics prioritize “controlling gun ownership” over “protecting the right of Americans to own guns.”

Canceling Student Debt. Sixty percent of Hispanics agree “we should cancel some or all of student loan debt to help those who can least afford it and to not saddle students with debts they’ll carry for decades.”

“Democrats have historically performed very well with Hispanics for good reason: they are broadly and overwhelmingly aligned with them across many key issues,” said Charlie Baker, president of Dewey Square Group.  “The electoral success of Democrats in 2020 will hinge upon active engagement with Hispanic voters on the key issues detailed in this survey, including Immigration, Medicare-for-all, gun control and cancelling student loan debt.” 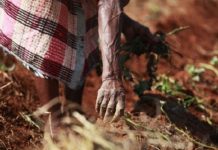 Our Country is in chaos – Part 3