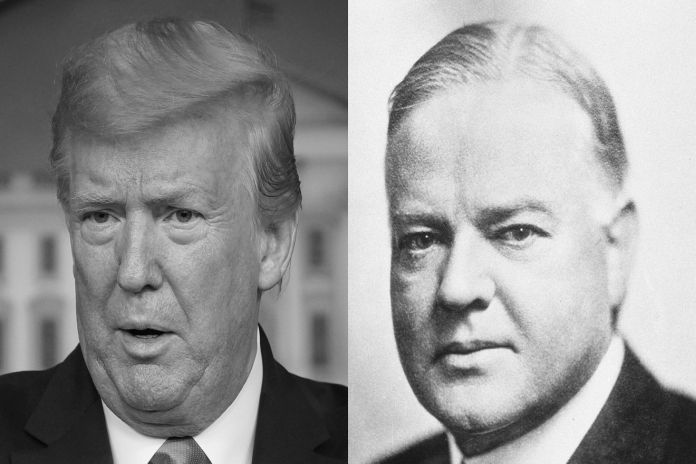 During hoax president Donald Trump coronavirus briefings, he exaggerated the quantities of equipment and supplies sent to the states. He played doctor without a license by recommending the possible use of unverified treatments.

President Trump contradicted medical experts, including experts on infectious diseases. Trump’s delay in implementing the Defense Production Act exacerbated shortages of personal protective equipment (ppe). Trump’s reopening of the country has caused the coronavirus to surge in a number of states.

Unlike preceding presidents Trump has not asked for input from existing past presidents. Instead, Trump has criticized Obama and Bush for the handling of their crises.

We need a leader to mobilize a national effort to fight the coronavirus, including widespread testing, but instead, we have a narcissistic president who makes ridiculous comments; goes off on blundering tangents, berates people, blames governors and past presidents for problems, fights with reporters, lies to the public and adores dictators.