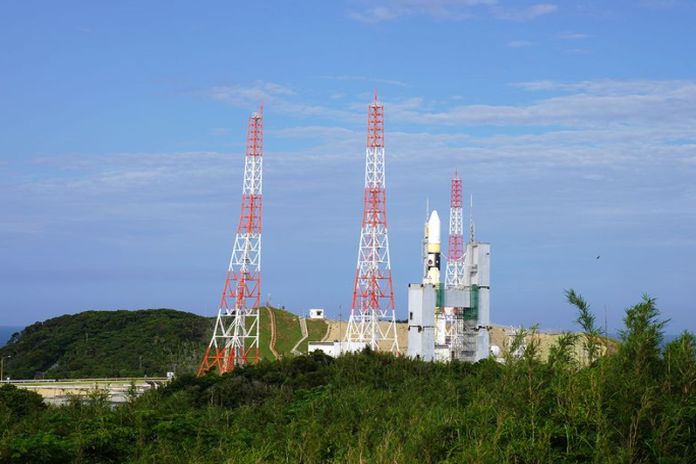 Hope Probe, or Al Amal in Arabic, lifted off from Japan’s Tanegashima Space Centre and in about 200 days from now, the spacecraft will reach Mars orbit and begin its mission to study the Red Planet’s atmosphere.

The nation held its breath on Sunday, along with the entire region, as the Probe took off from Land of Rising Sun in Japan, aboard a Mitsubishi H-IIA rocket in the first mission to the red planet by any West Asian, Arab or Muslim majority country.

Once it enters Mars’ orbit in the first quarter of 2021, the Hope probe will mark the UAE’s 50th anniversary. The probe will travel 493 million kilometers into space in a journey that will take seven months, and will orbit the Red Planet for one full Martian year of 687 days to provide the first truly global picture of the Martian atmosphere. The Hope probe will be the first to study the Martian climate throughout daily and seasonal cycles. It will observe the weather phenomena in Mars such as the massive famous dust storms that have been known to engulf the Red Planet, as compared to the short and localized dust storms on earth.

The Mars Hope probe will examine the interaction between the upper and lower layers of the Martian atmosphere and causes of the Red Planet’s surface corrosion, as well as study why Mars is losing its upper atmosphere.

Exploring connections between today’s Martian weather and the ancient climate of the Red Planet will give deeper insights into the past and future of Earth and the potential of life on Mars and other distant planets.

The probe will gather and send back new Mars data to the Science Data Center in the UAE via different ground stations spread around the world. The data will be catalogued and analyzed by the Emirates Mars Mission science team and shared for free with the international Mars science community as a service to human knowledge.

The insights and data gained from understanding the Martian climate will add new dimensions to human knowledge about how atmospheres work, which will help scientists and researchers evaluate distant worlds for conditions that might support life. Understanding the geographical and climate changes of Mars and the other planets will help us gain deeper insights to find solutions for key challenges facing mankind on earth.

The Hope Mars Mission is considered the biggest strategic and scientific national initiative announced by UAE’s president His Highness Sheikh Khalifa bin Zayed Al Nahyan and His Highness Sheikh Mohammed bin Rashid Al Maktoum in 2014. The UAE will be the first Arab nation to embark on a space mission to the Red Planet in a journey that contributes to the international science community as a service to human knowledge.