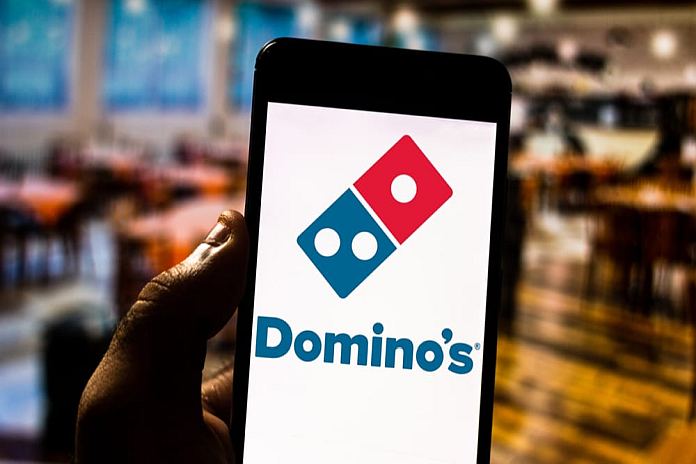 The restaurant industry has been on a wild ride over the past six weeks, as stay-at-home orders have forcibly shut their doors and sent many scrambling toward digital channels – but successful players like Domino’s are already adapting.

“We have taken 60 years’ worth of standard operating procedures and rewritten most of them in the last six weeks,” the pizza chain’s CEO Ritch Allison told CNBC’s Jim Cramer in a recent dial-in conversation.

That’s key, because as PYMNTS’ most recent COVID-19 brief study indicates, those consumers who are choosing restaurants as a dining option have switched nearly entirely to digital. However, most consumers have dropped restaurant dining from their routines altogether.

PYMNTS found that 74 percent of consumers who were still purchasing food from restaurants as of April 11 were doing so less often than they were on March 6, while only 15.3 percent reported buying just as much from restaurants on April 11 as they did on March 6, having moved to digital channels.

And yet, as industry observers have watched, not all damage has been distributed equally in the vertical. Sit-down restaurants, locations in urban business districts and those with big lunch crowds of local workers have been hit the hardest, as they have seen their revenue grind to a near halt and have, in some cases, been forced to wholly rewrite their business plans overnight. Players in the QSR space, on the other hand, which are more familiar with carryout service, digital ordering and delivery, have been able to pull off pivots more quickly, and have even managed to gain business instead of losing it.

Domino’s Pizza is a case in point, as the company reported same-store sales growth up 7.1 percent between March 23 to April 19, and sales growth up 4.4 percent during the quarter. Consumers may be tightening their belts and ordering out less on the whole, but as it turns out, there is always room for pizza. Domino’s is unique among chains in that it has been able to take its already well-established delivery business and tweak it for the era of COVID-19.

“Particularly successful innovations have been in the area of contactless delivery,” Allison told Cramer, describing improvements like the so-called “pizza pedestal,” a small, recyclable, cardboard platform that is used to avoid leaving customers’ food on the ground.

It might sound like a small addition, he noted, but it’s a big deal to customers who want their food delivered to their porches, but aren’t thrilled about having their dinner laying on cold, dirty and possibly wet ground.

And while Domino’s has dominated the headlines this week with its performance, it is far from an outlier in the QSR space, where the race for innovation has been particularly heated over the last several weeks, as all types of brands have sought to customize their offering for the COVID-19 era.

CEO Mark King noted in an interview with QSR magazine that “franchisees and team members have an obligation to do something to help stop this from spreading.”

Taco Bell has also been one of several QSR firms that have taken to donating food during the pandemic to front-line medical workers, joined by firms like McDonald’s, Shake Shack, Panera, Sweetgreen and Starbucks.

McDonald’s wins the award in the charitable give-away category, with its “thank-you” meals for first responders, served in a Happy Meal box. (There are no official reports yet as to whether a toy will be included in the offering.)

In addition to giving food away, Panera Bread is among a few QSR brands, along with Subway, that are expanding beyond their traditional prepared foods offering to sell a limited array of grocery goods.

“From limited choices on grocery shelves to the growing need to limit the number of trips outside of the home, it is an incredibly stressful time when it comes to putting wholesome food on the table, and we knew Panera could help,” said Niren Chaudhary, Panera CEO, in a statement. “With this new service, we can help deliver good food and fresh ingredients from our pantry to yours, helping to provide better access to essential items that are increasingly harder to come by.”

Will these pivots work? Thus far, the opinions have been mixed – and most players agree that with so many uncertainties about when localities will loosen dining restrictions and how consumers will react when they do, it’s hard to make any hard and fast predictions.

Even players doing comparatively well, like Domino’s, are unwilling to make forward-looking forecasts at this time. The company formally withdrew its prior forecast of same-store sales growth in a range of 2 percent to 5 percent, and global sales growth of 7 percent to 10 percent. There is simply too much uncertainty in the global market brought on by the pandemic.

But a bright outlook seems to persist.

“I remain very optimistic about the long-term growth and success of our brand,” Allison said on the conference call with investors.

And while that likely isn’t the case for the entire restaurant sector, it seems that as the new normal is taking shape, the more natively digital, quicker-to-change QSR brands just might have more reason for cautious optimism.

Statement of the OAS General Secretariat on the Conclusion of the...

US Federal Reserve to support the flow of credit to households...