NASSAU, Bahamas – In summation of the existence of intelligence earlier this year, the analysis was made that China has taken advantage of an American void in The Bahamas. A lack of diplomatic engagement and economic investment was cited to explain China’s foothold on America’s doorstep just 50 miles off the coast of Florida.

The aftermath of hurricane Dorian presents another opportunity for the United States to reclaim jurisdiction in the middle of one of the busiest shipping lanes in the world – validates China’s interest to invest billions in infrastructure and industry across The Bahamas. And, in contrast to the population of The Bahamas under 400,000 – reports show that over 200,000 Chinese are illegally smuggled into the Caribbean every year to open their shops or work at Chinese businesses.

The United States could seize an opportunity to step in and help The Bahamas create jobs and improve economic performance. Hurricane Dorian destruction to the Abaco Islands and Grand Bahama widens the opportunity to also address climate change adaptation, the focus of building climate resilient structures and the development of affordable communities to mitigate inequality. Reducing crime, fighting human and drug trafficking would not only benefit The Bahamas but also the safety and security of the United States as well. 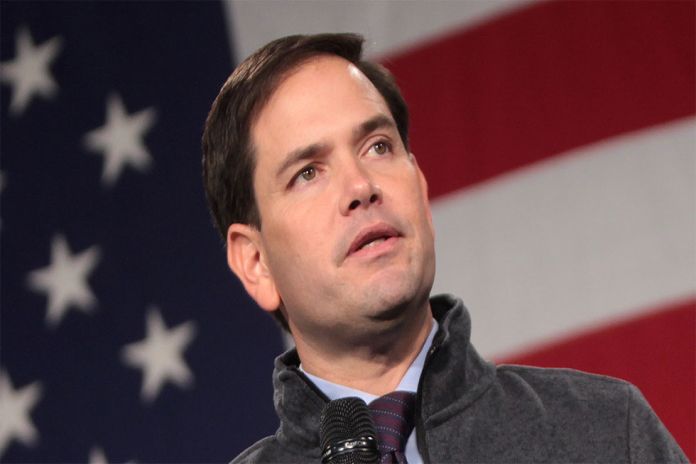 US Senator Marco Rubio, Florida, last Saturday, amplified Americas’ void that has given China a foothold on America’s doorstep, inclusive of China’s military presence in the Caribbean occupying old Soviet bases in Cuba, while Venezuela is another to contend.

“By targeting the Bahamian government in this period of crisis, Beijing would be making the same opportunistic play to access critical foreign infrastructure,” said Rubio. “But in this case, the national security threat is especially perilous, as it would give China a foothold just 50 miles from the coast of Florida. We cannot allow this to happen. It is on us to take the lead in helping the Bahamian people with their near-term, life-or-death struggle as only the US and our military can, but also to be reliable partners over the long term.”

Senator Rubio expressed the view that “With 70,000 Bahamians made homeless by the hurricane’s terrible power, the island nation is in urgent need of the kind of logistical assistance that only the US Defense Department can offer. By devoting available military and medical assets to the effort, we have the ability to help our afflicted neighbors and family members and save Bahamian lives.”

He continued: “I am advocating these measures because directing resources to assist Bahamians is the right thing to do. But there exists an additional imperative on the security national level, as well: if we fail to rise to the occasion, China will step in to seize the moment and exploit the recovery for its own nefarious purposes.”

“The level of destruction that Dorian caused is unprecedented, and Americans, as regional partners and global leaders, have both moral and national security imperatives to lend our logistical resources to help the Bahamas and defend our own hemisphere from China’s encroachment.”

China isn’t the only reason Washington should be concerned.  The US Congress must act, hitherto, what alternative do The Bahamas have and /or the leverage to negotiate?

While intelligence and analysts go as far, neither Washington nor Beijing has the luxury to remain on the side-lines in the strategic redevelopment and re-positioning of The Bahamas.