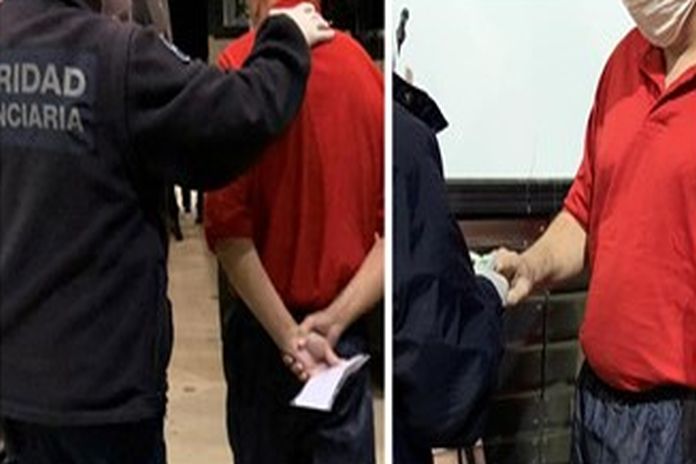 ICE officers in El Paso turned over the inmates – all men – to Mexican authorities at the Santa Teresa Port of Entry in Santa Teresa, New Mexico.

“The transfer of these inmates, who will complete their drug sentences in their home country, demonstrates the robust cooperation between the United States and Mexico,” said Juan Acosta, acting field office director for ICE Enforcement and Removal Operations (ERO) El Paso. “ICE is carrying out its mission by removing convicted criminal aliens from the country, and at the same time, saving taxpayer dollars by removing these individuals from our prison system.”

All 59 inmates transferred Wednesday were serving sentences for conspiring to possess with the intention to distribute 50 grams or more of a mixture of substance containing a detectable amount of methamphetamine. The inmates will complete the remainder of their sentences in Mexico as part of the treaty. The process included the inmates requesting to be transferred to their home country.

ICE officers interviewed the 59 Mexican nationals, who were transferred from prisons throughout the United States to the La Tuna Federal Correctional Institute in Vinton, Texas, to await their transfer, and to ensure they were amenable to removal under the Immigration and Nationality Act.

This is the second such transfer in the past year. In December, 41 inmates were removed to Mexico as part of the treaty.

I benefitted from migration, let others do so too