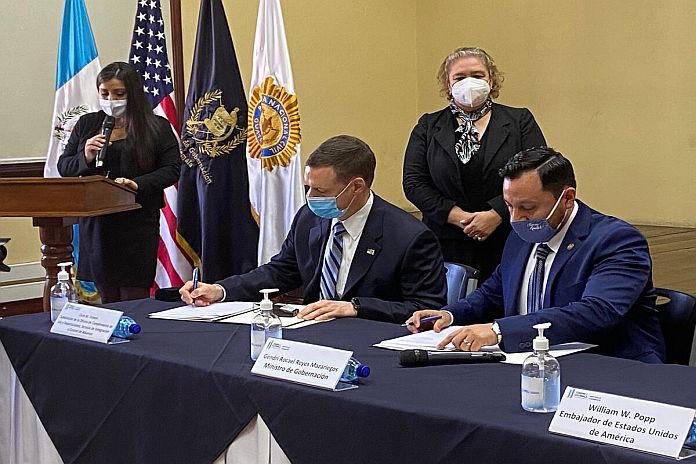 GUATEMALA CITY — US Immigration and Customs Enforcement (ICE) officials traveled to Guatemala City, February 3, to renew and expand the partnership with the government of Guatemala to share fugitive and criminal history information, including convictions and gang affiliations.

“This memorandum of cooperation demonstrates the shared commitment of our nations to ensure public safety and prevent bad actors from slipping through the cracks of our immigration systems,” said ICE ERO assistant director for enforcement, Chris Cronen. “Exchanging vital criminal information for the most egregious offenders gives us the full picture of potential public safety and national security threats to both nations.” 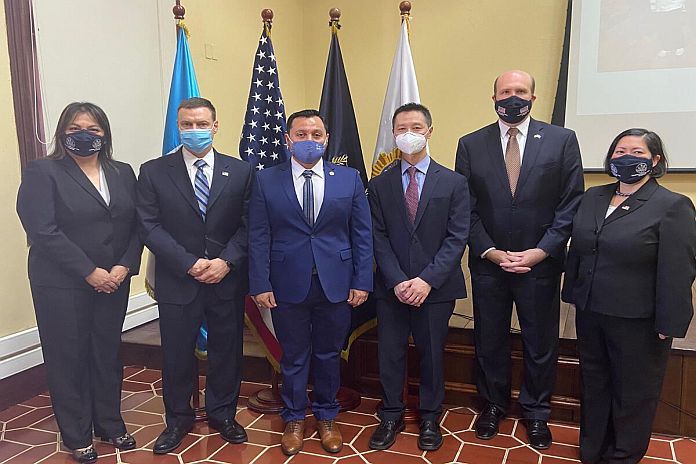 The CHIS program, led by the Department of Homeland Security and ICE ERO, is responsible for sharing critical background information to include biometric, biographical, and encounter-related data with foreign partners. The CHIS application can also be used to identify individuals with serious criminal backgrounds, which would have previously been unknown.

The US declared the first CHIS agreement with Mexico in 2010 and the program later expanded to other nations. Wednesday’s signing marks the second time ICE has formalized a CHIS MOU with the government of Guatemala since 2014. The first agreement allowed for the exchange of biographic and biometric information, and a limited number of crimes were checked. However, the agreement has expanded to include the exchange of more than 350 types of crimes committed in the United States, and known gang affiliations, which were not previously available under the former agreements.

The exchange of information has contributed to the identification of major public safety threats from both the United States and Guatemala. Between 2015 and 2021 through January—the CHIS program has identified nearly 142 active arrest warrants from Guatemalan nationals in their home country for heinous crimes including homicide, robbery and rape.

In November 2020, the CHIS system flagged a Guatemalan national in ICE detention who was wanted for attempted homicide in his home country. ICE immediately reported the individual to the Guatemalan government, and he was subsequently removed from the United States and transferred directly into the custody of local authorities.

Guatemala’s bishops call on president to veto budget amid protests