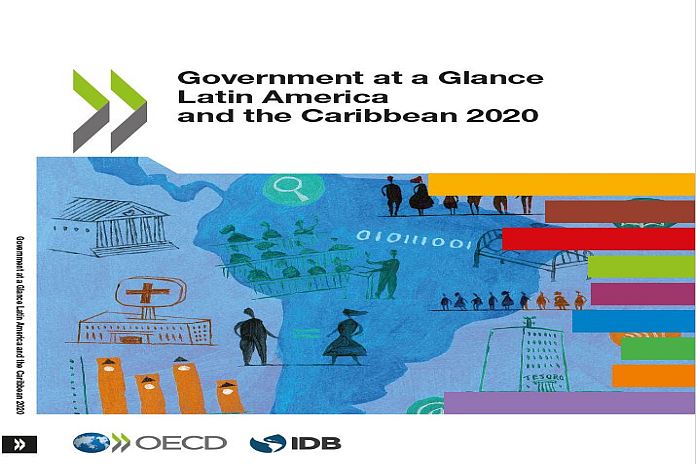 Governments in the region have so far failed to take advantage of the opportunities offered by the economic boom to ensure that growth becomes sustainable and truly inclusive, according to the study. Productivity has not significantly improved while inequality, despite economic progress, remains very high, whether measured in income or other well-being outcomes.

The study also points out that citizens are largely dissatisfied with public services and investments in infrastructure and education seem to be insufficient. Overall, access to and quality of public services varies widely and those who can afford it often opt out to private providers. In addition, there is a widespread perception in the region that politics and markets are rigged.

The study, published by the Inter-American Development Bank (IDB) and the Organization for Economic Co-operation and Development (OECD, provides reliable, internationally comparable data on government activities and their results.

The publication offers indicators on public finance and economics; public employment; budgeting practices and procedures; human resources management; regulatory government; open government data and public procurement. The latest edition of the publication has included, for the first time, special sections with key indicators measuring the quality of actions related to public integrity and data on outputs and outcomes on core government results.

In order to sustain inclusive growth, the region needs to continue pushing public sector reforms that promote fiscal stability and fairness for all. Improving public sector integrity and fighting corruption must be at the heart of such efforts,” added Pineda.

Institutional weaknesses in several dimensions of public governance may explain the vulnerability of many countries in the region to inefficiencies caused by waste, misuse and capture by interest groups as well as to exogenous economic shocks. An analysis of government spending in the region indeed reveals a widespread waste and inefficiencies that could be as large as 4.4 percent of the region’s GDP, the study said.

Inequalities in the region may have entrenched a vicious cycle of elites using their power to ensure that policy making continues to reflect their own vested interests and not the public interest, according to the study. Even when the right policies are introduced, their implementation often remains superficial and is not able to translate into practice and bring about change. Causes can be informal norms overriding formal institutions, vested interests pushing back against effective implementation, solutions copied from another country but not responding to the context, or a lack of adequately skilled workforce or leadership.

The study’s some findings include: