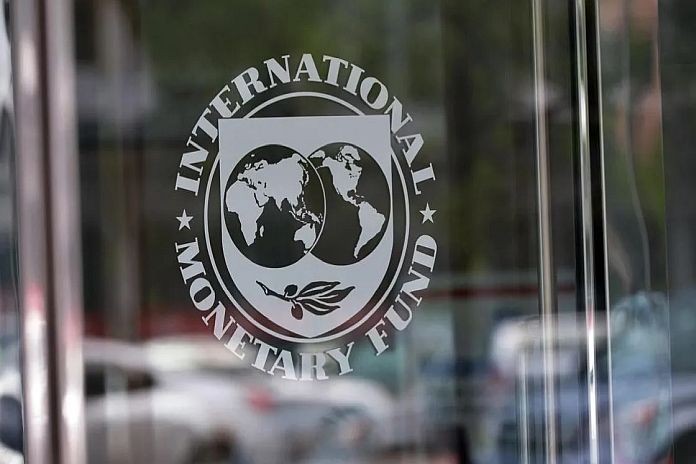 The landmark fund injection comes despite years of anti-IMF rhetoric from Caracas and tense relations with what the government has coined as an “imperialist” Washington-based institution.

The resources, which come in the form of 3.6 billion Special Drawing Rights (SDR), form part of the IMF’s $650 billion-strong effort to stabilize the global economy in light of the ongoing Covid-19 pandemic. In total, Latin America is due to receive $56 billion, with Venezuela reportedly being assigned the highest per capita amount.

SDRs are described by the IMF as interest-bearing reserve non-repayable assets which derive from members’ quotas and are backed by dollars, euros, yen, sterling and yuan. Created in 1969, they look to “supplement other reserve assets” and “reduce members’ reliance on more expensive domestic or external debt.”

By obtaining the SDRs, Venezuela’s international reserves jumped 83 percent last week to a five-year high of $11.3 billion. The Caribbean country’s reserves had dropped from $21 billion in 2013 to historic lows as the Maduro administration looked to alleviate the impact of a sharp fall in oil income and US-led sanctions, which have blocked the country’s access to the global banking and financial system, including bonds, loans and other funding programs.

Despite appearing on the Central Bank’s books, the immediate availability of the IMF funds remains unclear, with the BCV removing them from their accounts before later returning them on Saturday. SDRs are generally reserved for goods and services swaps on the international market and used to stabilize economies.

Last March, the IMF rejected an emergency funding request from the Maduro government. At the time, the institution claimed that partial international recognition of Juan Guaidó’s “interim government” and his parallel BCV board of directors led to a “lack of clarity in the international community, as well as in the IMF membership, regarding official recognition of the [Maduro] government.”

Recent progress in negotiations between the US-backed opposition and the Maduro government in Mexico has paved the way for the latter’s cash-strapped administration to receive IMF funding. A joint statement after the latest round of talks earlier this month mentioned SDR access as a priority to “defend Venezuela’s economy.”

Nonetheless, neither the Maduro government nor Guaidó opposition have commented on the recent reserve boost nor mentioned any conditions pegged to the injection.

Speaking to Venezuelanalysis, former Economy Minister Luis Salas explained that the IMF funding represented a de facto recognition of the Maduro administration and was a “strong setback for the Guaidó opposition.”

“It will be interesting to see what they [the Guaidó camp] demanded in exchange (…) Maybe some control over the use of the resources, a seat on the BCV board, or greater financial transparency,” he continued, adding that it is “probable” that the funds will also see an IMF delegation sent to Venezuela.

Apart from sewing confidence in the Venezuelan economy, the boost in international reserves has sparked widespread speculation concerning the monies’ use.

For Salas, the funds will likely be used to fight the Covid-19 pandemic, including purchasing vital vaccines blocked by US sanctions.

Opposition economist Francisco Rodríguez, however, has stressed that the funds should be used to create a “program of economic recovery.” Specifically, the Harvard-trained economist pointed to the need to safeguard the “necessary imported materials for [industry] to function.”

For his part, former Finance Minister Rodrigo Cabezas likewise claimed that the funds should be used to address “healthcare, food and vaccination.” Cabezas additionally argued that he doesn’t expect the boost to reverse the expected 5% contraction in the Venezuelan economy this year.

Finally, hard-right economist Leonardo Vera stressed that the resources should be used to stabilize and “defend” the exchange rate from “unexpected external shocks” such as a fresh drop in oil prices. He also congratulated the government on its newfound acceptance of IMF funding, stating that “Maduro and his seven dwarfs seem to have woken from a bad dream.”

The adherence to the much-criticized financial institution was strongly rejected in some of Venezuela’s revolutionary organizations.

In a statement released on Saturday, the Communist Party (PCV) “energetically opposed” the “Mexico pact [which] has taken the first step in returning Venezuela to the Washington Consensus’ financial institutions.”

“It would be innocent to think that these forces [behind the IMF] will not take advantage [of the assignment] to impose conditions (…) which may include serious consequences in terms of labor rights,” the statement continues, while acknowledging the country’s severe funding crisis.

The PCV went on to explain that the move sends a “clear message of confidence to the US and transnational monopoly capital” and that “the current economic austerity program which [the government] is imposing largely coincides with the [IMF’s] neoliberal program.”

Since 1999, Caracas has been highly critical of the IMF, with former President Hugo Chávez repeatedly blasting previous governments’ adherence to IMF packages of “producing the hunger and misery [seen in the country before 1999] and practically destroying the Republic.” Chávez proposed withdrawing Venezuela from the organization in 2007.

Maduro also maintained a strongly anti-IMF discourse until recently, claiming in 2018 that “We don’t want the IMF in Venezuela, we don’t care about those global hitmen who are responsible for the starvation of thousands.” He has likewise blasted the institution for imposing a “model of exclusion, privatization, impoverishment, savage capitalist individualism and neoliberalism.”

Government of Guyana and private sector to ‘break down hurdles’ to...