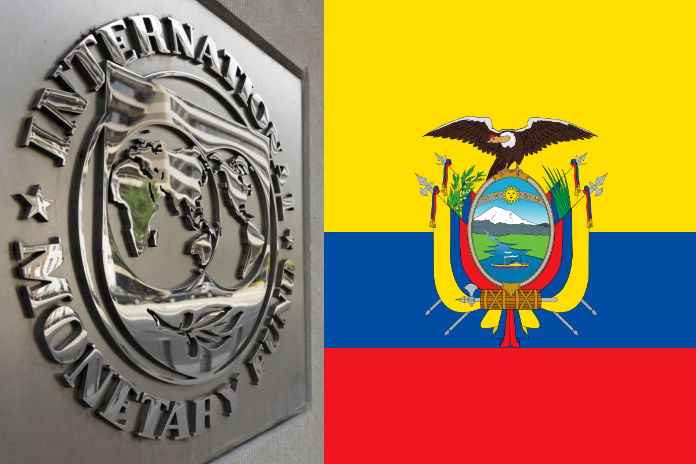 WASHINGTON, USA – An International Monetary Fund (IMF) mission led by Ceyda Oner conducted virtual meetings with the Ecuadorian authorities from October 28 to November 20 to discuss progress on reforms and the authorities’ policy plans in response to the COVID-19 and oil price shocks. Oner issued the following statement in Washington DC today after the conclusion of those meetings:

“The IMF team and the Ecuadorian authorities have reached a staff-level agreement on the first review of Ecuador’s economic program that is supported by a 27-month Extended Fund Facility (EFF). The agreement is subject to the approval of IMF management and the Executive Board in the coming weeks, contingent on the implementation by the authorities of prior actions and fulfillment of all relevant Fund policies. Upon completion of the review, Ecuador would have access to about $2 billion (equivalent to SDR 1.42 billion).

“We commend the authorities’ decisive policy actions to contain the COVID-19 outbreak and their continued efforts to advance their reform agenda, while taking steps to further stabilize the economy and expand social assistance to protect Ecuador’s vulnerable families. New COVID-19 infections and deaths have moderated compared to the high levels seen earlier in the year, and the Ecuadorian economy is showing tentative signs of a recovery since the reopening began in July.

“Preliminary data point to a less severe contraction in economic activity than anticipated in the second quarter of 2020. Taken together with recent high-frequency indicators, we now project the economy to contract by 9.5 percent in 2020, instead of 11 percent as projected at the time of the EFF’s approval. Growth is expected to gradually reach its potential of 2½ percent over the medium term. Nevertheless, as in many other countries, Ecuador faces significant uncertainty regarding the future path of the pandemic and global oil prices, and risks to the outlook are to the downside.

“The authorities met all quantitative performance criteria and indicative targets for the first review of the program, with the fiscal balance target being exceeded by a wide margin. The authorities have also brought an additional 63,764 low-income families on a net basis into the social assistance programs between July and September and are making significant progress toward their December goal of providing benefits to over 161,000 more families.

“In the remaining months of the current administration, the authorities plan to implement key reforms to strengthen Ecuador’s institutions and legal frameworks. In the near term, they are actively pursuing amendments to their penal code to criminalize corruption and align their anticorruption framework with international best practices. They are also working on draft amendments to the Monetary and Financial Organic Code that would strengthen the foundations of Ecuador’s dollarization regime and protect the purchasing power of all Ecuadorian families.

“The authorities are moving steadfastly on a number of other important reforms. They are working on the regulations to operationalize the recently adopted organic budget code, improving the audit capabilities of the central bank to make it a stronger institution, bringing transparency to the assets of high-level officials to improve governance and tackle corruption, and last but not least, preparing a cash plan for 2021 to better manage the public purse.

“Given the potential delays in key bilateral disbursements, the authorities are making concerted efforts to secure additional financing from other public and private sources.

“The mission met with Minister of Economy and Finance Pozo, Minister of Labor Isch, General Manager of the Central Bank of Ecuador Artola, other government officials, private sector participants, and civil society. We thank the Ecuadorian authorities for the candid and constructive discussions.”