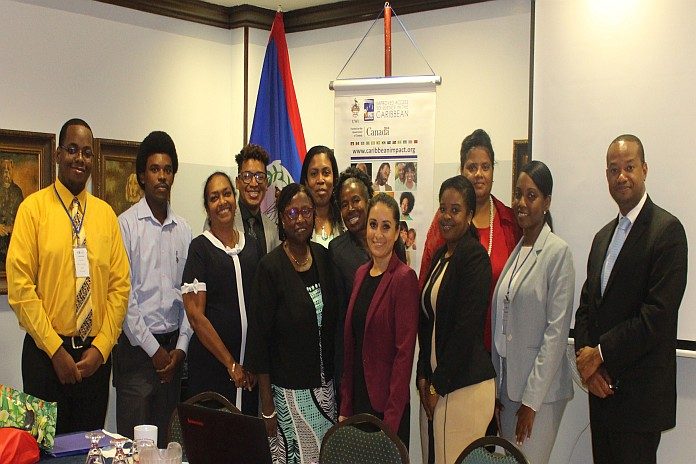 IMPACT Justice facilitated a ‘meeting to discuss civil asset recovery legislation in Belize’ on March 18-19, 2019 at the Radisson Fort George Hotel and Marine in Belize City, Belize. This first meeting brought together local Belizean officials from the attorney general’s ministry, and regional experts from Antigua and Barbuda, Guyana, Trinidad and Tobago and the Regional Security System’s (RSS) Asset Recovery Unit (ARU). At this initial meeting, the attendees analysed the provisions of various civil asset recovery bills and discussed whether similar requirements would work in the context of the government of Belize’s hopes for their legislation.

At this second meeting, the committee engaged on the pressing issues which had yet to be addressed and offered opinions on how the government of Belize should proceed in addressing civil asset recovery legislation. Solicitor- General Montalvo indicated that civil asset recovery legislation is a necessary part of anti-corruption efforts and noted that the first meeting was fruitful, promising and very engaging.

IMPACT Justice facilitated the meeting following a request from the government of Belize for assistance in drafting a Civil Asset Recovery Bill and regulations. The meeting occurred at a time when similar legislation has been enacted in Guyana and is being considered in Barbados and Trinidad and Tobago.

Passing and implementing this type of legislation gives effect to the United Nations Convention against Corruption (UNCAC), which the government of Belize ratified on December 12, 2016. Other countries in the region which have ratified UNCAC include Antigua and Barbuda, The Bahamas, Dominica, Grenada, Guyana, Haiti, Jamaica, Saint Lucia, and Trinidad and Tobago.