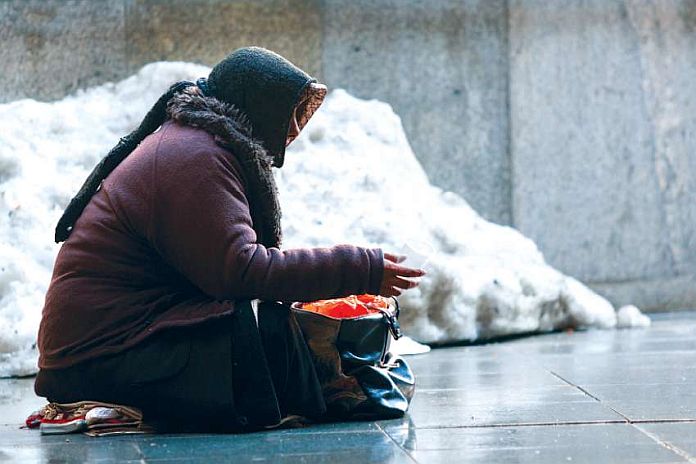 OTTAWA, Canada, (Canadian Catholic News) – Anti-poverty groups say Canadians most vulnerable to living in poverty will fall further behind because of COVID-19 unless post-pandemic recovery efforts focus on eliminating systemic issues keeping them in a perpetual state of poverty.

According to Citizens for Public Justice’s 2020 Poverty Trends Report, released in October, “the COVID-19 pandemic has made existing problems of inequity and poverty in Canada worse.”

“The same people and communities that were already facing greater barriers to wellbeing because of intersecting forms of systemic oppression now face the additional risks of coming in contact with the virus itself, losing income and/or access to services and supports, and being left out of emergency and recovery plans,” the report prepared by CPJ’s socio-economic policy analyst Natalie Appleyard said.

“These people and communities are the worst off during the pandemic, and will face the most barriers to recovering from it, suggesting an ever-widening gap of social and economic inequity in Canada unless we take meaningful action to stop it.”

Appleyard said the rights and dignity of the poor must be a priority for governments going forward if Canada is to live up to its commitment to eliminate poverty.

“What the pandemic has shown is that most Canadians, whether they are living in poverty already or not, are just a few months away from poverty if they miss getting a paycheque,” Appleyard said.

She said issues go well beyond what is in a person’s bank account.

“What the pandemic has shown is these issues are about so much more than just a person’s income being at stake. People are starting to realize the importance of social capital and what it means to be alone and how that affects people,” she said.

“In a country as rich as Canada, poverty represents a failure of our laws and systems to uphold and protect the rights and inherent dignity of each person,” the report said.

“What becomes clear is that Canada has failed to protect the rights of specific groups of people who are disproportionately affected by poverty because of ongoing colonial, racist, heteropatriarchal, classist and ableist systems and practices.”

CPJ said as many as 5.9 million Canadians were living in poverty in 2018, although that figure is almost twice the number usually cited by federal statistics which says 3.2 million Canadians live below the official poverty line. But Appleyard said regardless of what measure is used, the numbers show there is still a lot of work to be done.

“We are continuing to bring these issues up and we need to continue to do that with government and also the public,” she said.

The “Chew on This” campaign usually corresponds with October 17, the International Day for the Eradication of Poverty. Much of this year’s campaign activities have had to move online because of the COVID pandemic.