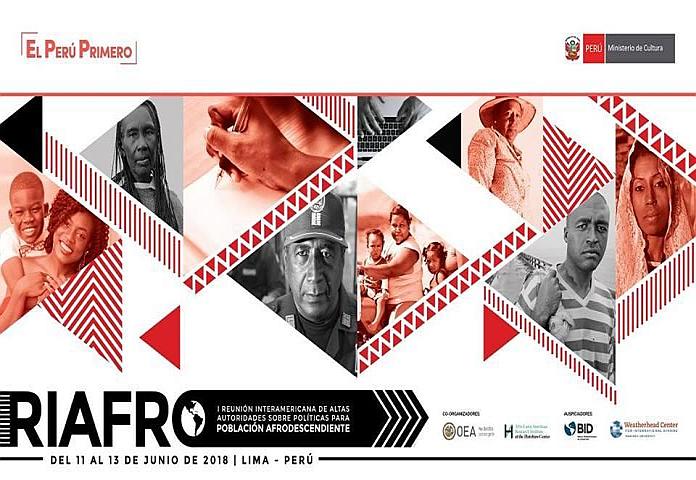 WASHINGTON, USA – The Inter-American Network of High Authorities on Policies for Afro-descendant Populations (RIAFRO, for its initials in Spanish) warned of the disproportionate impact of the SARS-CoV-2 pandemic, the virus that generates the COVID-19 disease, on the Afro-descendant population in the region.

The Network highlighted that structural racism, inequality and the historical discrimination of which the Afro-descendant population has been, and continues to be, a victim, generates a situation of even greater vulnerability to the effects of the pandemic in relation to the general population. The obstacles faced by this population in accessing public health, the greater prevalence of chronic medical conditions, the lesser access to social safety nets generated by the State, the mistrust generated by decades or centuries of racism, the high rate of informal jobs they have and the over-representation of Afro-descendant populations in essential first-line response work to COVID-19, are some of the factors that explain this greater situation of vulnerability.

This situation was analyzed in a virtual meeting held on April 24, in which ten of the eleven member states of RIAFRO participated.

Specifically, the meeting was attended by the authorities on Afro-descendant population policies in Argentina, Brazil, Colombia, Costa Rica, Guatemala, Honduras, Mexico, Panama, Paraguay, and Peru. Likewise, specialists on the subject from the Pan American Health Organization (PAHO), the Economic Commission for Latin America and the Caribbean (ECLAC), the World Bank, the Inter-American Development Bank (IADB), the General Secretariat of the Organization of the American States (OAS), and the Institute of Afro-Latin American Research Studies of Harvard University (ALARI) participated in the event.

RIAFRO warned that one of the great challenges to be solved in the countries of the region is to guarantee the enjoyment of the human rights of people of African descent in the context of the health crisis, especially access to their economic and social rights. In this sense, they indicated that most of the OAS member states do not have sufficient disaggregated data, nor the inclusion of the Afro-descendant self-identification variable in the strategies and protocols of care in health centers and the measures adopted in response to the pandemic.

Based on the information analyzed during the meeting, RIAFRO issued recommendations to all OAS member states in the context of this crisis.

One of the recommendations is to include, with the utmost urgency, differential attention to Afro-descendant populations in the States’ responses to the health emergency, based on the Afro-descendant self-identification variable. Likewise, RIAFRO recommended that OAS member states, international organizations, and international cooperation agencies take into account the situation of the special vulnerability of the Afro-descendant population when preparing responses to the health emergency and when designing public policies for after the pandemic, in order to face the serious economic and social consequences that are predicted as very probable. The need to generate differentiated care protocols for future pandemics and natural disasters was also discussed at the meeting.

OAS secretary-general Luis Almagro endorsed the recommendations issued by RIAFRO. “These recommendations are key to improving the measures that are being implemented in the countries of the region, ensuring the guarantee of the economic, social, and cultural rights of the Afro-descendant population,” he said. The secretary-general took the opportunity to urge member states that have not yet done so to ratify the Inter-American Convention against Racism, Racial Discrimination and Related Forms of Intolerance.

So far, Antigua and Barbuda, Costa Rica, Ecuador, Mexico, and Uruguay have ratified it. Likewise, he urged member states to implement the plan of action for the decade for persons of African descent in the Americas (2016-2024).