KATOWICE, Poland – Leveraging the power of the Internet while tackling the risks of cyberspace is the focus of a UN meeting underway in Katowice, Poland, this week.

The Internet Governance Forum (IGF) brings together more than 7,000 innovators, big tech executives, young people, ministers and parliamentarians to spur efforts to build an open, secure and free digital future for all.

In his video message to the opening session on Tuesday, UN Secretary-General António Guterres spoke of how the COVID-19 pandemic has underlined the forum’s theme of ‘Internet United’.

The global crisis has highlighted the life-changing power of the Internet, he said, with digital technology enabling millions to work, study and socialize safely online.

Yet it has also magnified the digital divide and the dark side of technology, as evidenced by “the lightning-fast spread of misinformation”, for example.

“We can only address these challenges united, through strengthened cooperation,” said Guterres. “By establishing clear rules to safeguard human rights and fundamental freedoms, by regaining control over our data, by countering disinformation and hate speech, and by connecting everyone to the Internet by 2030.”

Guterres said the IGF has a crucial role in shaping the conversation on an open, free and secure digital space that is accessible to all.

The meeting is convened annually by the secretary-general with objectives that include promoting dialogue around Internet governance, sharing best practices and experiences, and identifying emerging issues.

The number of people using the Internet has risen during the pandemic, according to the UN Department of Economic and Social Affairs (DESA), which supports the IGF Secretariat.

COVID-19 saw Internet user ranks grow from 4.1 billion in 2019 to 4.9 billion two years later, data from the International Telecommunication Union (ITU), a UN agency, has revealed. The additional 782 million people who came online during this period, represents more than twice the population of the United States.

However, DESA noted that lack of “Internet accountability” has allowed the spread of incendiary hate speech, violent extremism and misinformation on the pandemic.

Data breaches have also increased, as have digital violence, cyberbullying and online harassment, particularly targeting women and girls. At the same time, nearly three billion people worldwide, mostly in developing countries, do not have access to the Internet.

A digital future for all

Given the impact of the pandemic on the digital landscape, the IGF “could deliver its promise for shaping a digital future for the world – turning the COVID-19 crisis into opportunities,” said Liu Zhenmin, the UN under-secretary-general who heads DESA.

“Indeed, this is easier said than done, as global Internet governance is complex. But united, we can succeed, together,” he added.

The IGF began on Monday and is being held both in-person and virtually.

More than 250 sessions will be held over its five-day run, examining issues such as economic inclusion and human rights protection online, universal access and meaningful connectivity.

The forum outcomes will inform policies in both the public and private sectors. 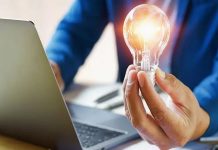