We once lived on a gentle hill bordering a serene, southern Trinidad bay with stunning panoramic views of the curving coastline.

Shortly after moving into the older house in the small coastal community, we realised that on a clear day if we used the step ladder to peer through the narrow, ceiling-high bathroom insert, we could see straight to one of the four Dragons’ Mouths or Bocas del Dragón, the channels from west to east, separating the Gulf of Paria from the Caribbean Sea, that are a linguistic nod to the country’s Spanish heritage.

Undeterred by the risk of stilt-walking voyeurs or ninja bandits, we knocked the concrete wall out and installed a large custom size but barred window, through which the salty breezes swept in from the sheltered Gulf.

The shallow inland harbour stretches past the small island of Chacachacare – which has served, variously, as a revolutionary base, a cotton plantation, a whaling station, a leper colony and now a hideout for illegal migrants – and the northeastern coast of their crippled homeland of Venezuela.

Named for its many teeth-like rocky islets, the Boca Grande or Grand Boca, is a 12 miles/20 kilometres-wide rough strait that makes me seasick to recall, having sat there, frozen and nauseated, with our two young, happy children, in a rocking pirogue, as my husband blissfully fished in the deep waters.

Christopher Columbus reportedly called Chacachacare, the “Port of Cats” because he heard the calls of what he thought were wild felines, in mistaking the roars of howler monkeys. I, too howled, though with déjà vu and roared with anger, when I learnt that Guyana’s barely-seven month-old government of the People’s Progressive Party/Civic (PPP/C) is back to monkeying around and the ugly habits that led to its eventual loss of power in 2015. 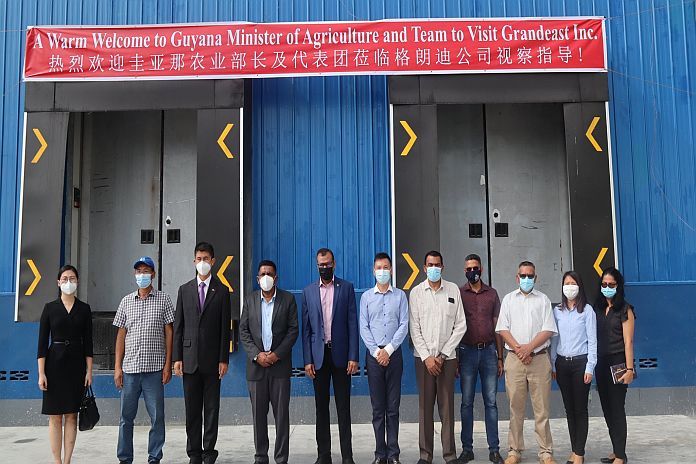 The stench of secrecy has dogged the controversial granting of new fishing licenses to a mysterious masked frontman, Rampersaud Sookhdeo, with suspected Chinese financial backing, who is purportedly the re-migrant chief of the still unknown Haseeb Enterprises, no evidence of which, in so much as an old fish scale, I could find here in its claimed base of Trinidad and Tobago.

A further big stink struck in February with the embarrassing diplomatic volte-face that saw the administration publicly scolded by the Communist superpower China, for a bizarre United States of America embassy announcement of a Taiwan office here. Of course, no one claimed official responsibility or prior knowledge at the foreign affairs ministry where we have both a full minister and a powerfully connected, reclusive foreign secretary.

Even as it rushed within hours to deny the Taiwan report, the government continued to spout sporadic support for the convenient concept of democracy and democracies, following the American-led decisive rejection of last year’s prolonged ill-executed vote-rigging bid by the predecessor, the since fast-fragmenting coalition of A Partnership for National Unity led by the ineffectual Opposition People’s National Congress and the dying Alliance for Change.

On Sunday night, the street execution of a dodgy gold dealer, Ricardo Fagundes renewed fears of an impending organised criminal bloodbath. The regime suddenly announced by way of a terse media release, on Tuesday, the private opening, safely away from the prying press, of a Chinese-owned seafood factory, by the appropriately-titled Grandeast Incorporated, witnessed by no less than the esteemed foreign secretary, Robert Persaud and agriculture minister, Zulfikar Mustapha, praising the firm for investing US$25 million in the apt Garden-of-Eden plant, and boasting that large amounts of Guyanese shrimp are headed to the People’s Republic.

Naturally, this is only the first of three phases and the Chinese boss admitted the company wants to expand and will require ever more produce.

It is evident the momentarily ruffled Beijing knew all along where the PPP/C’s true allegiances, financial, familial and political really are, although most of our diaspora is visibly based in North America and not Nanjing. 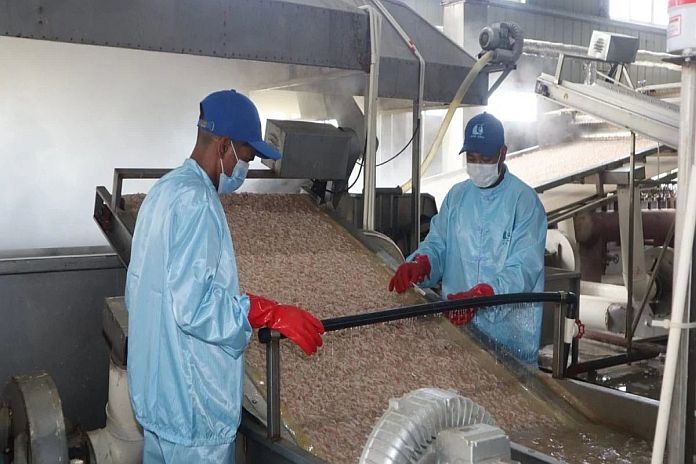 All output for China

In fact, all of the output by the newest branch of Fuzhou Hongpu Aquatic Products from Fujian, where the consumption per capita of seafood exceeds 25 kg, is for export to the Asian homeland. China is an insatiable giant market of a billion people, with hungry buyers devouring the largest quantity of seafood in the world, almost half, or at least 65 million tons, of total annual volume, and it also imports the most. The impact on Guyanese who have long enjoyed the bounty of cheap seafood as an easy protein source, will be witnessed soon enough in our purses, pockets, pots and plates.

Growing consumer demand and purchasing power, coupled with insufficient domestic yields and exhausted fishing grounds at home, mean increasingly aggressive pursuit by the cash-endowed Chinese of such projects in resource-rich, easily exploited nations like ours. Through the Belt and Road scheme, China can fund massive investments exploiting wild stocks and aquaculture in other nations’ exclusive economic zones, the Stockholm Resilience Centre noted, warning of the risks that stocks may be poorly managed, particularly in developing countries with weak governance. Cue Guyana and its biggest bilateral creditor.

The Centre predicts by 2030, China will need an extra 6-18 million tons of seafood alone to satisfy projected domestic consumption.

How long from now, before we glean of another five licences being clandestinely handed over and the further turning of our finite fish stocks into fishmeal for aquaculture, by a foreign country with dismal environmental, democratic and human rights records? Is the factory waste being dumped into the Demerara River? Surely, the voracious armada of Chinese fishing vessels may now end up not only in the Galapagos waters, but along our own Atlantic shorelines, given this Government’s sinister direction, and the hundreds of thousands of ever-prowling trawlers subsidised by Beijing.

Just in January this year, the Guyana Association of Trawler Owners and Seafood Processors (GATOSP) implored the agriculture minister, to investigate the already low level of catches. The group’s president, Ruben Charles was reported to have said during a meeting:

“Our organisation … is experiencing some difficulty now in terms of catch levels and members … are, without any scientific guidance … attributing that to the drilling of oil (by ExxonMobil) out there. One of the things we would be seeking is to see how we can mount some investigation to prove whether that is so.” No word yet. 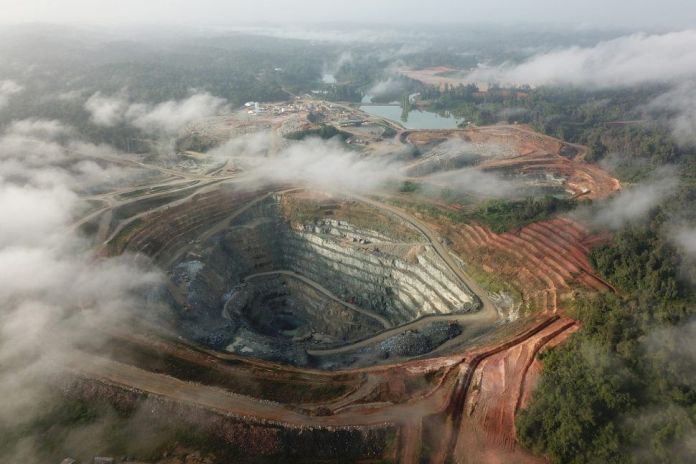 In June 2020, China’s powerhouse Zijin Mining proclaimed the successful takeover of the Toronto-based Guyana Goldfields (GG) for an all-cash offer of Canadian $323 million (US$238M), in an acquisition spree, ending an almost two-month-long battle for the firm, whose top asset is the sprawling and rich Aurora mine in the Cuyuni-Mazaruni where gold was first discovered in 1911.

Aurora’s gold ranges up to an estimated 3.3 million ounces. Since 2015, GG processed 9.79 metric tonnes of ore, recovering 623,000 ounces of gold worth in today’s prices (US$1740 an ounce) more than US$1billion. Located too in Fujian Province, the multinational Zijin focuses on key metals like gold, copper and zinc, across 11 countries. Its largest shareholder is the State-owned Shanghang Minxi Xinghang.

If we are to judge from the notorious Chinese-funded and shoddily-constructed international airport extension project that remains incomplete and an exorbitant burden years after the cut-off date, I need no ladder to realise that Guyana is far gone into the dangerous mouth of the Red Dragon and nearer the other end.

*ID turns to the cautionary tale of the Gulf of Paria, originally called Golfo de la Ballena or the Gulf of the Whale. The 19th century whaling industry eliminated the mammals from the area and populations never recovered, in keeping with the other name of Golfo Triste, the Sad Gulf. 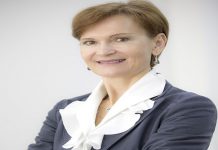 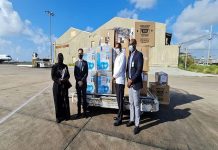