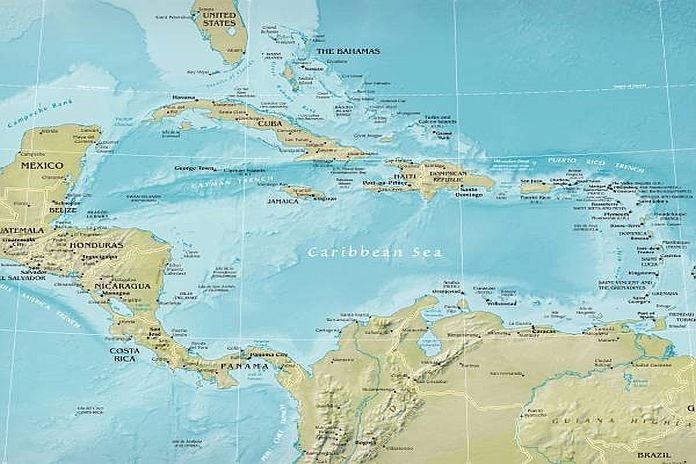 President Xi Jinping and his Chinese Communist Party (CCP) are implementing a multidimensional effort to reap economic, political and potentially military gains a few miles from our shores — in the Caribbean, an area stretching from the Bahamas in the north to Suriname and Guyana in South America.

China’s ultimate objective may well be to establish a strategic beachhead in the Caribbean as a bargaining tool to be used to alter US actions or policies, perhaps attempting to force the US to reduce or withdraw its considerable military force in the Indo-Pacific region in exchange for a reduction in China’s involvement in the Caribbean.

For decades, China has been fighting a stealth war to replace the US as the world’s only superpower within a new Sinocentric world order. The Chinese would prefer to win this war without overt military conflict.

President Xi Jinping’s vast Belt and Road Initiative (BRI), launched to fund Chinese state-run infrastructure projects in foreign countries and acquire Chinese spheres of influence around the world, is designed to further this ambition. In 2017, high ranking official Li Keqiang told former national security advisor H.R. McMaster that the US role in the future global order will be merely to provide raw materials, agricultural product and energy to fuel China’s production of the world’s cutting-edge industrial and consumer products.

The world will support China’s needs, further enhancing the dominance of China and the domestic power of the CCP.

Using the BRI and other tactics of infiltration and influence, Xi is quietly and assertively expanding China’s footprint in the Caribbean, an area of geopolitical importance to the US, as expressed in 1823 in the Monroe Doctrine. We are the leading investor in the region, with many billions in trade flowing between us each year. There are numerous security agreements, including the Caribbean Basin Security Initiative, to foster regional cooperation and address criminal activity, as well as 76 US military bases in Latin America and the Caribbean.

From 2002 to 2018, trade between China and the Caribbean rose eightfold, and the Chinese have $70 billion worth of development financing deployed throughout the region.

At least 10 Caribbean countries are participating in China’s BRI, receiving millions in loans and construction advice and assistance, much of it directed toward tourist-oriented infrastructure projects like roads, ports and hotels. China has garnered considerable good will by donating shipments of masks, ventilators, other PPE and test kits to help governments respond to the pandemic.

Of concern to US security analysts are the ongoing Chinese seaport expansion projects in the commercially important port in Kingston, Jamaica, where China has management control and container terminal assets, and in the deep-water container port in Freeport, Bahamas. Both are financed, built and managed by China. Beijing’s modernization of Guyana’s international airport enhances its ability to accommodate its military jets.

Beijing promotes pro-China and anti-Taiwan advocacy through its Confucius Institutes and local media outlets. The Bahamas and the Dominican Republic revoked their diplomatic ties with Taiwan to take advantage of the economic opportunities that better relations with China might bring.

From 2011 to 2018, the US. reduced its security aid to the Caribbean community from $195 million to $20 million. China is eagerly filling the void. While its efforts are still modest, China is expanding military-to-military contacts, personnel exchanges and arms sales, and bringing Caribbean military officers to China for training.

In June 2013, Xi visited the Caribbean, suggesting the CCP’s heightened interest in the region’s strategic importance. “In the event of some sort of conflict with the US, it would make sense for China to have established a presence in the Caribbean,” observes Caribbean expert Margaret Myers. According to US Army War College’s R. Evan Ellis, “In each of these different (Caribbean) countries, they have come in and gotten a real political foothold through these investments.”

Even as it has increased its presence in our backyard, China has avoided directly challenging the United States through military and political initiatives.

There is concern that Caribbean nations receiving Chinese investment loans are over-leveraged and will default, allowing China to take possession of the assets backing those loans.

To its credit, the Trump administration recognized the threat that China poses in the Caribbean and began promoting “Growth in the Americas,” an initiative encouraging American private investment started last year. It also stepped up warnings to the region about the predatory nature of BRI’s loans and the significant potential for Chinese espionage.

Are we doing enough to counter China in the Caribbean? Florida Republican Senator Marco Rubio doesn’t think so. He says he is “very concerned” about China’s efforts to gain access to strategic assets and believes we must do more to warn off our regional partners from doing business with Beijing.

He’s right. China is playing a patient hand right under our noses. Xi will continue to do so, if he pays no price. In the Caribbean, the “influence game” is still ours to lose — but we need to up our game.

After unleashing the COVID plague on the world, Xi Jinping will enter 2021 with a compromised Joe Biden as president, China’s biggest pandemic win. Xi is counting on Biden to return the US-China relationship to “normalcy” — one in which America accommodates and even facilitates China’s long march to victory.

It is said that China’s 21st century policies are based on the teachings of its famous ancient military tactician, Sun Tzu. In his The Art of War, Tzu advised, “Build your opponent a golden bridge to retreat across. … Surround (him) on three sides, leaving one side open, to show (him) a way to life … so that (he) will not be in the mood to fight to the death.” Will Biden cross that bridge?