The Supervisor of Elections (SoE) is constitutionally appointed by the governor-general to exercise general supervision over the registration of voters in elections of the members of the House of Representatives, and over the conduct of such elections, and he/she sits or operates in the Parliamentary Elections Office (PEO).

Like the department of the director of audit, the PEO is one of the independent departments of government which does not have any ministerial status or connection, apart from having the obligation to submit pertinent reports on its functions to the minister for the time being responsible for that purpose, to be laid before the House of Representatives; section 82 and section 35 respectively of the Constitution. It should also be instructive that both the director of audit and the supervisor of elections shall not be subject to the direction or control of any other person or authority, including those particular ministers, in the carrying-out of their functions; save maybe to a certain extent, only accountable to the governor-general on behalf of the constituent people of Grenada.

There have been growing concerns on the integrity and accountability of the PEO, despite its constitutional establishment, esteem and expectation. Particularly; the question as to who is the minister in the government of Grenada responsible for matters relating to the functioning of the PEO and when was the last time that any report on such matters submitted by the SoE to that minister and then presented to the parliament, was raised in the previously internet-circulated article “Patriotic Grenadians Assist in Suing the Supervisor of Elections.”

In its November 27, 2020, news-item, “prime minister engages residents of the Sister Isle”, the Government Information Service (GIS) reported that Dr Keith Mitchell, as part of his ongoing series of Constituency Town Hall meetings, made a quick visit to the PEO in Carriacou for a meet and greet with the staff there; https://www.facebook.com/GISgrenada/ . . . https://www.facebook.com/GISgrenada/posts/3450749161817119. The ‘detailed’ reason, content and outcome of the meeting were not disclosed.

Although this “quick visit” would be defended in terms of Mitchell being the prime minister and national leader and that maybe he had the permission from the present SoE, Elvis Morain, this bold gesture is not in good taste and should raise serious eyebrows. This expression of dissatisfaction and disgust about the visit is so, especially when considering that the constituency of Carriacou has always been a ‘hot spot’ for irregularities on the processes of elections, that there is the strong perception that the prime minister is gearing-up for snap elections and that the upcoming elections could be the most legally controversial and painful.

Review the past articles “General Election in Grenada During COVID-19 State of Emergency” and “Grenada’s Voting Process Setting For More Controversies And Contempt”; reiterating some of the critical electoral issues which are still outstanding and the need to employ good-faith and good-will to abort the chaos in the aftermath of elections as is now internationally the trend, even including the so-called Great Democracy of the United States of America.

What is the role of the prime minister in the affairs of the PEO; official courtesy must not be used as a disguise? Is it the ‘official duty and patriotic concern’ of any prime minister to study and survey the PEO to ascertain its level of preparations and completion for elections; even if by casually entering to meet and greet?

By using the occasion of the visit of the prime minister to the parliamentary election constituency office in Carriacou (or any other), it must be established whether or not the prime minister is that particular minister who is responsible for reporting on the PEO to the House of Representatives. The signals and suspicions resulting from the visit indeed call for condemnation and challenge of the “meet and greet with the staff there”. The presence of prime minister Mitchell at the PEO sends a negative image to the general public of interference and influence, as well as it gives a negative impact on the morale of the staff as they ponder about intimidation and victimization or favoritism; as past experiences, accounts and pronouncements would instruct.

To establish whether or not the prime minister is responsible for the PEO would also explain and understand the asserted standpoint of Dr Mitchell that the government of the day can have all the interest it wishes to have in the electoral process, the alleged moves by him to have the main server for the computerised voter registration system be located in the office of the prime minister, and the apparent dual avenues for persons to register and then be able to vote at elections; recall the two-part articles, “Is Grenada’s Parliamentary Elections Office Conniving Or Forthright?” and “Forensic Inquiry Imperative About Grenada’s Computerised Voter Registration System”.

“Grenada seems to have two different avenues for the registration of voters; one of the routes is through online application on the government’s website and the other is through onsite application at the constituency offices of the PEO (https://www.gov.gd/peo/registration and http://www.peogrenada.org/). Then again; it may just be that the political directorate is assisting or acting on behalf of the PEO, since the National Portal outlines in its five process steps on “Citizens of Grenada can register to vote”, that after reviewing and submitting the uploaded registration form which must be completed with the accompanying information including digital fingerprints and signature, “You may be intimated to visit the Constituency Office with the originals for review before receiving the Voters Card”.

Furthermore, it could be that the new trend of the PEO is to share or to contract out, or to delegate aspects of the electoral process to an external agency or an external individual. This detected (at least) two ways for registering voters must be analysed in the same tone and grounds for the noted private software company which is responsible for the computer equipment for producing voter identification cards and/or for voter registration, despite having a computer system administrator at the PEO.

A demonstration of genuine interest in the welfare and professionalism of the staff of the PEO, in the capacity and competence at the PEO and in promoting free and fair elections, would be evident for example by the prime minister seeking forcefully and cooperatively to address the recommendations of the overseas observer teams in the March 2018 elections.

“In order to strengthen . . . the registration process and support the enhanced accuracy of and confidence in the voters’ list, the Mission (‘Electoral Experts Mission of the Organization of American States’) suggests that the authorities of Grenada consider . . . modifications to the operating standards and prevailing legislation governing the registration process . . . “ ( http://www.oas.org/documents/eng/press/Preliminary-Statement-OAS-Electoral-Experts-Misson-Grenada.pdf).

“Based on its preliminary assessment the CEOM (‘CARICOM Election Observation Mission’) finds that greater efforts or more effort need to be put in place to achieve meaningful reform and greater efficiencies in the registration of voters to ensure that the Voters List is accurate, reliable and up-to-date. The voter registration process is a critical element to the successful outcome of the electoral process and therefore any perception real or imagined that this process is flawed affects public confidence and trust in the overall integrity of the electoral process.” (https://today.caricom.org/2018/03/15/caricom-observer-mission-releases-preliminary-statement-on-grenada-elections/).

Moreover; it would be very ‘sad and ugly’ to conclude and realize that prime minister Mitchell is exuding pomposity and revenge with regard to the rejection by Grenadians of all the Amendment Bills on the November 2016 historic constitutional referenda, where a Bill was to replace the PEO with an Elections and Boundaries Commission. In his initial reactions on the results, Mitchell said he was disappointed and that people who were rejoicing were doing so “because they chose to play games with the future of this country”, and also indicating that he was “at a lost as to why the bill to establish an Elections and Boundaries Commission was rejected when the present system allows for the government to control the electoral process. 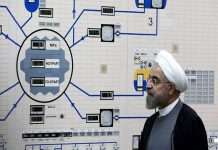 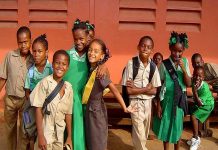 2021: International year for the elimination of child labour

The disinformation campaign regarding the role of the OAS in the...