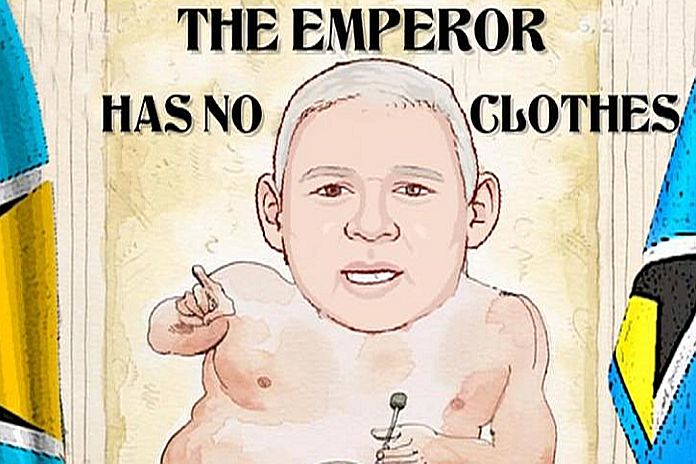 A day trip to Barbados April 28, 2021, [on National Heroes Holiday and while the entire country was on lockdown] by prime minister Allen Chastanet, and coined “to attend high-level meetings” meant to reflect some level of importance – turned out to be a political joke on the ‘Emperor’ that has no clothes.

Unbeknownst to many, the trip was largely to facilitate an up-close and personal meeting between the United Workers Party (UWP) ‘Emperor’ – a political consultant, a mind-bending strategic political entity and a political pollster.

The entire episode was meant to be secret/highly confidential and well-orchestrated to fit the fancy of an ‘Emperor’. But not so fast – in the age of technology and well-placed sources, paparazzi were about their usual life awaiting the arrival of high-profile people – the ‘Emperor’.

The sensitivity of the meet was previous deemed too risky to conduct over zoom or an unknown phone number for fear of intrusion. The other reason ensured one channel of reporting from the consultants’ findings on the pending general election that is escaping the UWP, even with the use of extra-terrestrial manifestation and ‘Josie Ghost’.

The outcome of the high-level meeting in Barbados, sources say alongside other channels familiar with the report/briefing/consultants findings and explained to Chastanet – revealed a bad state of affairs – and defeat at the polls.

The government destructive policy has given light to unfavourable polling the UWP finds hard to accept. The continued suppression of opponents and the opposition has decreased the popularity of Chastanet. COVID-19 wardens and the political police force have made matters worse.

The need to extend general elections beyond July 11, 2021, and close in on October 11, 2021, is a real possibility. The intention is to allow more room, time and opportunity for political manoeuvrings. There is also the need to attend to financial obligations and to grease up some friendly transactions.

Chastanet and the UWP have proven they have no strategy for managing (much less solving) their problems and that of the country while concentrating on the opposition Saint Lucia Labour Party, (SLP). Keep an eye on Castries North and Stephenson King.

The suggestion that the economic, social, and political improvement of Saint Lucia depends on external imperialist have chronicled the authoritarian use of the state of emergency in COVID times, and the influence of elites in post-colonial sceneries. The rhetoric and resources of the imperial and merchant class, add more perceptive to what awaits – if by any chance, the UWP hold on to power.

Elections are not meant to be free and fair by any government in a tin-pot dictatorship. The acceptance of public intellectuals to promises and admonitions continues to cascade the fabric of society. In Saint Lucia, the evidence lead to the fabrication of genuineness and false promises over the past five years.

Our democracy is facing a rising tide of tyranny. The continued signs of weakness to transparent governance, establishing rule of law and remodelling the police force, taming corruption and organized crime; and the mysterious arrival of illegal narcotics, via the established system of import/export trade, is the behaviour of a rogue society.

It is a shame for a government of ineptitude, fragmented noise-makers and condescending leadership of colonialist fragments, to have control over the social, economic and security aspects of our lives.

Saint Lucians’ must reject, scoff and discard the initiatives of colonial self-indulgence. Voters must stamp out the serial aspirants to autocratic dominance of self-important politicians. Voters must un-mask the persistence of religious actors and their overhyped acts of false contrition. The useless slogans must be rebuffed and ridiculed.

There is still an opportunity to leverage a strategic compass, much different from the present. Public intellectuals, independent thinkers and opinion-makers, who have so far have been unwilling, must now step up to the plate.

Opposition backbenchers, the rank and file, and profiteers of previous SLP administrations must now give up their reluctance to partake, and help transcend the deep social divisions, political paralysis and economic enslavement – or risk being recolonized, with the help of the 43 percent, by an ‘Emperor that has no clothes’. 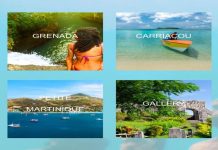