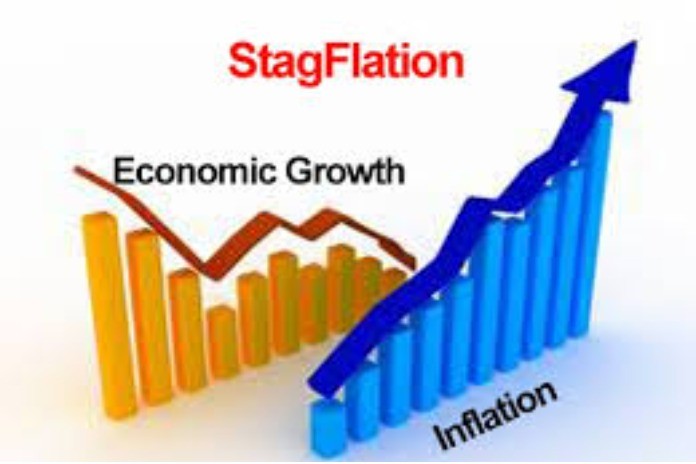 MONTREAL, Canada – Stag-what? Stagflation. It’s an economic term that’s a mix of stagnation and inflation. It was coined in the late 1960s to describe a period of high inflation and low (or even negative) economic growth.

As we saw in the 1970s, stagflation is a nightmare for businesses and individuals. With inflation now at highs not seen for decades, there are growing fears that the US and Canadian economies might be entering a new period of stagflation. Are these fears well-founded? What does future hold for the current bout of high inflation?

Of all the economic indicators, there are three that are of paramount importance: gross domestic product, the unemployment rate and inflation.

These indicators don’t usually bring good (or bad) news at the same time. For example, you don’t normally see low GDP growth and rising unemployment at the same time as high inflation.

When we talk about stagflation, it is because this holy trinity of economic indicators deviates from their usual relationship. We see low growth – even recession – and high unemployment along with high inflation. Is this what awaits North American economies?

Inflation rates on both sides of the Canada-US border are disturbingly close to those that prevailed during the last period of stagflation in the 70s and 80s. Back then, inflation was public enemy No. 1, reaching just under 15 percent in the U.S.!

The dilemma for central banks was colossal as they were confronted by economies that needed stimulation to increase employment but also higher interest rates to calm price increases.

The precise source of stagflation remains a matter of debate among economists. However, the last two episodes between 1974 and 1975 and 1978 and 1982 had some common elements. They occurred during an energy crisis and were preceded by periods of expansionary monetary policy.

So, are we there yet? Not quite

In our time, the war in Ukraine has accentuated imbalances between supply and demand in the energy markets and pushed the price of crude oil up sharply. On the monetary side, governments and central banks have deployed extraordinary measures to support the economy through the COVID pandemic.

However, the decisive factor in stagflation is not directly linked to monetary policy, contrary to what many might believe. Instead, it depends above all on the expectations of households and businesses.

The risk of stagflation becomes more important as Canadians begin to expect inflation to remain higher for longer. The last bank of Canada’s survey showed that many consumers were concern about inflation today but that longer-term expectations remained stable.

As long as households and businesses have confidence in the ability of the authorities to control rising prices and their expectations of future inflation remain anchored, this high-inflation period shall pass without too much damage to the economy.

Monetary policy decisions are never simple. Even less so when you add such highly uncertain factors as a pandemic, the invasion of Ukraine and the economic war against Russia.

The central banks’ bet is that tighter monetary conditions will calm demand and slow the current galloping inflation without causing a major slowdown of the economy. To do this, interest rates must rise and quickly, according to US Federal Reserve officials.

However, it takes several months for rate hikes to fully work their way through the economy and this is why some observers are concerned about central banks tightening too much and throwing the economy into recession.

This is notably what happened during the last episodes of stagflation, which were marked by two deep recessions when the policy rate was increased to 18 percent in Canada and 20% in the United States.

Is there cause for concern?

While price increases will remain high for some time to come, by this time next year, we hope the supply of goods and services will have recovered from pandemic disruptions and interest rate hikes will have slowed demand. If these adjustments come to pass, we would expect inflation to return to more sustainable levels as early as 2023.

For now, the Canadian and US economies are still on a solid footing. Yes, inflation is high and central banks need to address it, but unemployment is very low, and growth remains solid.

Businesses are struggling to keep up with strong demand, a sign that there is little or no excess capacity in the economy today. Economic growth should therefore be headed for a soft landing despite the high level of uncertainty we face.