As the new year begins, our citizens must ask why after 51 months of this administration being in power and it is much boasted about “economic turnaround” are cases of neglect, shortages and reductions in key public services increasing?

Is it a case that four and half years of poor economic management has finally caught up with the government leaving them broke?

Have our revenue streams dried up due to the consistent lack of innovation by this regime, leaving them unable to deliver the key services which citizens depend on?

Weeks after this government boasted about the refurbishment of some of the magnificent seven buildings and the prime minister’s residence in Tobago it was startling to hear the minister of education tell parents of the Claxton Bay Junior Anglican School that the “country does not have much money” earlier this week when questioned about delivering upon the promise of a new prefab school.

Shamefully, the minister’s response is just one of many areas that reflect the government’s lack of funding for key services that are critical not only to the lives of our citizens but to our national development.

It is totally contemptible that after the minister of finance boasted in the mid-year review of 2018 that “under this Peoples National Movement (PNM) government, it’s going to be a bright sun-shining day” local government bodies are still suffering to obtain the needed releases to maintain communities 19 months later.

Our national outlook has become even grimmer as in recent months there have been many dire reports from vulnerable and elderly citizens who have been forced to get their medication privately due to shortages at the national level.

Today many key public services and operations critical to our state sector have been hindered by numerous vacancies within ministries as well as state companies.

For the past four and a half years, our roads have existed in a very deplorable state given the absence of timely repair and maintenance. Even smaller issues such as repairing leaks as well as clearing waterways have not been addressed in a timely manner.

As a people, we must ask why have our taxpayers been made to suffer so much for once guaranteed services?

As a people, we must ask where were the funds and allocations to undertake these critical projects of national importance?

Citizens must reject this government’s failed narrative that they met our national financial affairs in this state. Today’s economic conditions are solely because of the irresponsibility of this administration which has recklessly misappropriated funds into “self-serving” projects as opposed to those which could have holistically developed our human capital.

As opposed to repairing the major roads which citizens use daily, they have opted to build the Toco Highway. As opposed to ensuring schools are properly repaired in a timely fashioned they have dedicated millions to feel-good projects, totally ignoring the real needs of our burdened population.

There is no doubt that this government’s revenue stream has been derailed by its own inability to deliver a stable, robust and productive economy.

For their entire tenure, they have failed to incentivize businesses and create an environment that would lead to growth. They have ignored the need to improve business conditions such as the ease of doing business and support for entrepreneurship which would have encouraged foreign direct investment as well as curtail the shortage of Forex.

To add insult to injury the government is now facing a steep fall in the price of Natural Gas which is now way below the estimated price of USD$3 per MMBtu in the 2020 budget, totally nullifying the minister’s estimated revenue for this fiscal year.

So the question remains, with massive wastage of money on frivolous projects accompanied by no stable revenue, is the government now broke and even worse, would the population be made to suffer even more due to their incompetence? 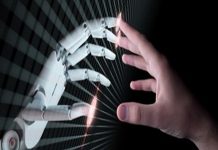 A map of inequality in Countries