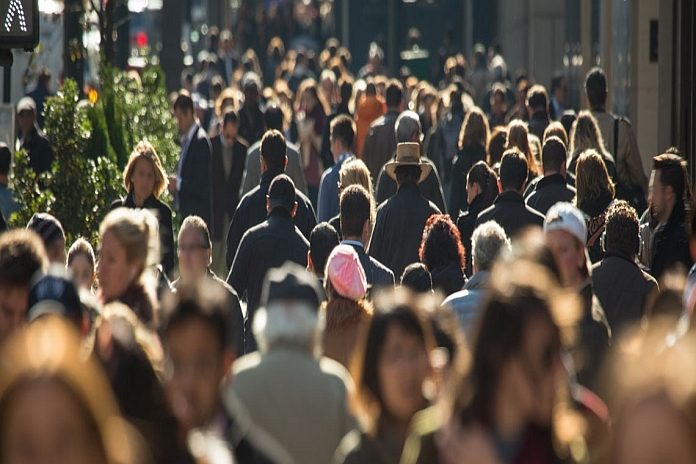 By Asli Demirgüç-Kunt and Cyril Muller

One in three migrants in the world go to Europe. That’s a staggering statistic when considering there were more than 250 million migrants globally in 2017. But it also highlights the desire of millions of people for a higher quality of life – in pursuit of better education, jobs, healthcare, or simply a safer place to live.

Most migrants move in response to economic incentives. As labor moves across markets, and migrant workers earn higher incomes, both employers and consumers benefit. Once fully settled in destination countries, educated and skilled migrants are able to contribute much to society, helping boost productivity and generating growth for the local economy.

But what does this mean for the countries they leave behind?

Too often when we talk about migration, we view the social and economic impacts through the lens of destination countries. The public debate tends to boil the migration question down to a set of numbers and short-term impacts on employment, wages and social services. These are important issues, certainly, but we should not ignore the reasons people leave home in the first place.

Let’s take the countries of the Western Balkans, which experience acutely high rates of emigration.

In Bosnia and Herzegovina, almost 50 percent of the population emigrate. In Albania, it’s 40 percent. In both countries, together with North Macedonia, more than one-third of the university-educated workforce were living abroad in 2017. These are stark numbers.

The extended departure of educated and skilled individuals leaves countries shouldering a major fiscal burden, which in turn hits economic productivity and the development of important public services, including healthcare and education. Indeed, many countries struggle to reverse the tide.

Even countries within the EU are not exempt from brain drain almost one-in-five highly educated and skilled people in Romania, Bulgaria and Croatia leave home for opportunities abroad.

So, is there a remedy for brain drain?

First and foremost, we must recognize that persistent emigration is usually the symptom, not the cause, of an underlying problem. Over the long-term, governments should address fundamental issues with policies aimed at improving governance, strengthening institutions, and improving the delivery of public services. But there are several specific policy options governments also need to think about.

Increasing productivity in high-skilled occupations, many of which are in the public sector, and making wages more competitive, would entice workers to remain. At the same time, private sector development and job creation need to be complemented with public sector reforms – without which, high-skilled professionals will continue to emigrate.

Expanding and improving tertiary and post-graduate education is another key policy option, despite concerns that this approach might spark even more emigration, leading to further losses. Several countries including Romania and Croatia have already followed this path to keep more of their students going abroad in search of higher quality education.

It is also critical to address discrimination against women in the labor market. High-skilled female migrants currently represent the fastest-growing group among all migrants in the Europe and Central Asia region. Ensuring more opportunities for women would naturally lead to less emigration of high-skilled women, and help countries slow down the brain drain.

Another suggestion is to boost connectivity. A large diaspora can generate economic benefits for origin countries. Emigrants who stay actively engaged with their countries of origin can have a positive impact on their home communities through remittances, investment, and technology transfer.

There is also some promising evidence that suggests governments can successfully encourage the return of their high-skilled diaspora by providing tax incentives to returning emigrants. The return of migrants can support economic development, especially when they bring capital and knowledge, and when their home countries provide the right conditions for them to make full use of their skills and experience.

But ultimately, the most effective long-term approach for countries to stem their brain drain is to discourage citizens from leaving in the first place, by giving them a reason to stay – this means providing better jobs, more opportunities and a higher standard of living.