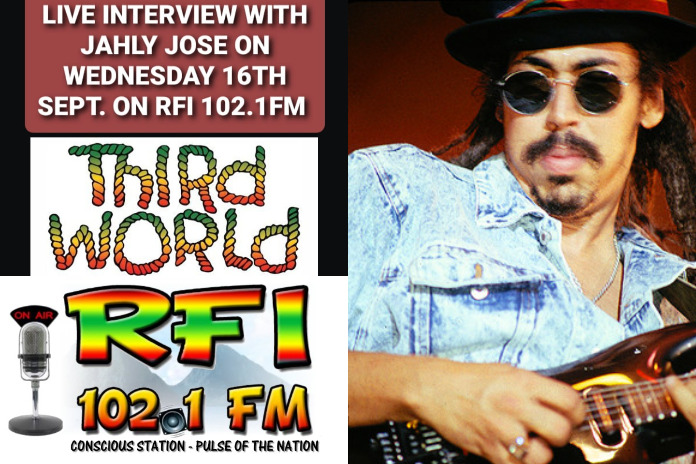 With the resumption of The Lovers Rock Train, Wednesday evenings, from 8:00 PM -11:00 PM (by request a bonus hour) will rock your world with music and live conversation.

Cat Coore is no stranger to Soufriere, Saint Lucia; been there many times over. He enjoys the grandeur of the Pitons, the Sulphur Springs, the people, and the natural mystic blowing through the air.

Cat Coore is synonymous with reggae music in Jamaica and the world over. Guitarist and cellist, Coore founded Third World in 1973 after six years playing with Inner Circle. He has a wealth of knowledge in the music and creative industry. His expertise continues to contribute to the development of Jamaica and music aspirants around the world.

In honour of this celebration, they premiered the lyric video for “People of a Different Colour” featuring Pressure BussPipe.

The virtual celebration also recognised Third World receiving the Reggae Sumfest lifetime achievement award, Cat Coore said: “This is not exactly the time one is thinking about awards but that’s what makes this so special,” he added. “We’ve done a lot of hard work throughout the years. We have taken a lot of hits and we’ve had lots of highs and lows. This is a definite high and an unexpected one at that”.

Celebrating 47 years, Third World is one of the longest-lived Reggae bands of all time, and one of Jamaica’s most consistently popular crossover acts among international audiences. Mixing in elements of R&B, funk, pop, and rock and, later, dancehall and rap, Third World’s style has been described as “reggae-fusion“.

With nine Grammy nominations and catalogue of charted smash hits, including (“Now That We Found Love”, ”96 Degrees in the Shade” and “Try Jah Love”) , spanning over four decades, sold-out tours, a vibrant and loyal fan base and inspirational messages, one may wonder, “Where did it all begin? What gives Third World the staying power so rare in the music industry?”

Radio Free Iyanola (RFI) is a privately owned radio station with a new concept in local broadcasting offering music with a message and brings community to your doorstep helping to promote music, information and development of social enterprise.

Iyanola conscious station RFI 102.1 FM – The pulse of the nation – broadcast studio is located in the historic town of Soufriere, Saint Lucia. RFI 102.1 FM has been on the airwaves since 1971. For all your music, news, entertainment, and information contact us or logon to your favourite radio personality all day, every day.

Now That We Found Love on The Lovers Rock Train – visit Iyanola conscious station RFI 102.1 FM – Reggae Ambassador – every Wednesday evening from 8:00 PM. Unable to login, subscribe and we will send you a recording. We are committed, with a Sense of Purpose.