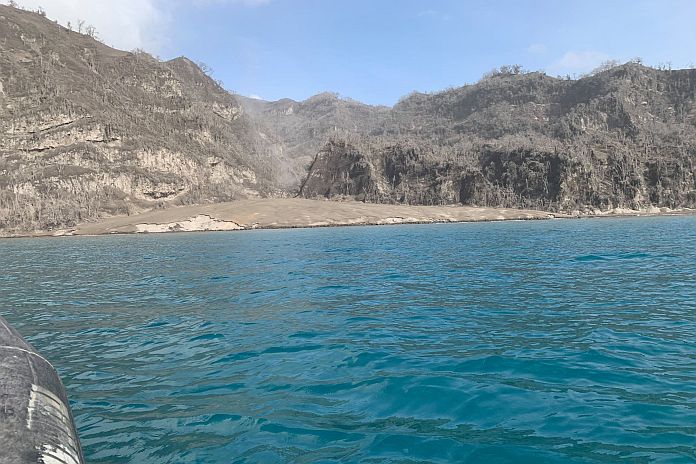 KINGSTOWN, St Vincent — UWI Seismic Research Centre, scientists at the Belmont volcano observatory noted that there were lahar flows within the river system in the Red and Orange Volcano Hazard Zones from 9:00 a.m. to 10:00 a.m. April 27, 2021, as reported by NEMO St. Vincent and the Grenadines.

“Lahars are dense mixture of ash and water. This usually occurs during heavy rain which creates mudflow that destroys everything in its path as it rushes down the volcano’s slopes faster than a river. The lahars can pose a danger to persons visiting the Red and Orange Zones. As a result of this, the Royal St Vincent and the Grenadines police force will be restricting person travelling into the Red and Orange Hazard Zones.”

“According to the forecast received from St Vincent and the Grenadines Meteorological Services, occasional showers are expected to continue during the course of the day and from late Wednesday into the end of the week. Residents and motorists should remain alert due to rain-soaked ash and possible poor visibility due to volcanic ash,” said, The National Emergency Management Organisation (NEMO) who is also urging persons to “desist from visiting the Red and Orange Volcano Hazard Zones due to the potential danger.”