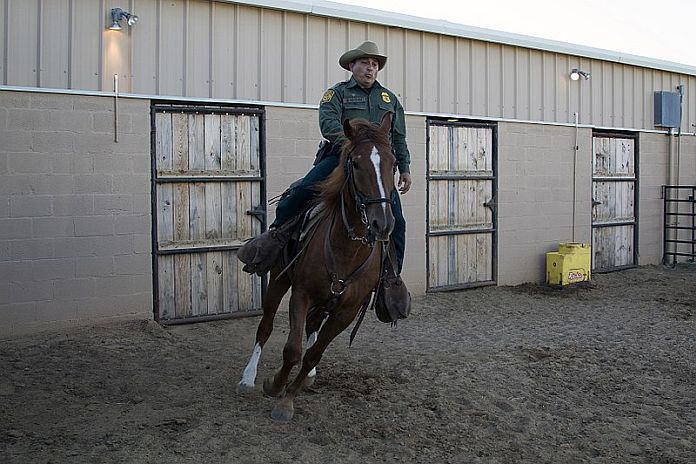 HPU working near the Hebbronville, Texas area apprehended 60 individuals. During one incident, 17 individuals were apprehended with the assistance of an unmanned aerial system. HPU assisted agents in apprehending 8 individuals in a separate incident when they were detected on board a freight train, preventing them from traveling further into the United States.

In the Laredo South Station area of operations, HPU assisted agents on All-Terrain Vehicles (ATVs) by responding to reports of multiple individuals walking through different ranches near the river.  The agents apprehended 57 individuals that were identified as being illegally present in the United States.  During one incident, juvenile brush guide who is a US citizen was apprehended. Due to his age, he was turned over to the Laredo police department.

HPU provided assistance to agents assigned to the Laredo West and Cotulla Stations. This resulted in the apprehension of eight individuals who were illegally present in the United States.

The Laredo Sector Horse Patrol Unit was re-established in November 2009, marking the first time since 1991 that mounted Border Patrol agents had been seen in the Sector.

The Horse Patrol Unit is comprised of 29 adopted Mustang horses acquired through the Bureau of Land Management’s Wild Horse and Burro Program. These horses were trained by members of the Colorado Correctional Industries’ Wild Horse Inmate Program.

Laredo Sector chief patrol agent Matthew Hudak, said: “The outstanding work by our Horse Patrol Unit illustrates why their mounted operations continue to be an important tool in our border security operations.  Even with today’s technology, a Border Patrol agent on a horse remains an effective way to patrol remote areas of our border.”

The Laredo Sector Border Patrol is committed to the Mission of the agency to protect the American people by safeguarding our borders and enhancing the Nation’s economic prosperity.

Take a stand against these criminal organizations and potentially dangerous acts by reporting suspicious activity in our neighborhoods. To report suspicious activity such as alien and/or drug smuggling, download the “USBP Laredo Sector” App or contact the Laredo Sector Border Patrol toll free at 1-800-343-1994.  If you see something, say something.

The UWI to roll out new financial culture