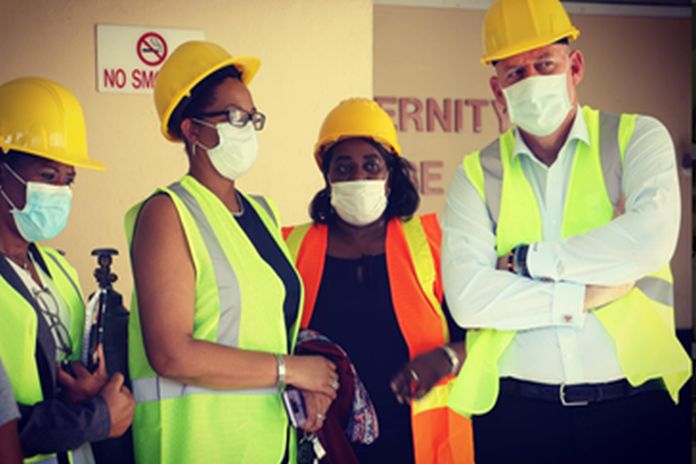 CASTRIES, St Lucia – Saint Luca’s House of Assembly meet on Tuesday, September 29, 2020, to consider among other things, a Bill to replace the State of Emergency (SOE) which had been declared to combat the COVID 19 pandemic.

The SOE ends on September 30 and was replaced by a COVID-19 (Prevention and Control Bill) “the purpose is to regulate the containment of the spread of COVID-19 in Saint Lucia in the interests of public safety, public order and public health”. However, the Bill is mired in controversy with the Bar Association on Monday 28, calling for its withdrawal and public consultation on it while other commentators have called it draconian.

The Saint Lucia Hotel and Tourism Association (SLHTA) on Tuesday 29, said: “ We want to add our voice to that of the Bar Association and request that the COVID-19 bill be deferred pending consultation with the SLHTA and other stakeholders.”

It can be fairly certain that in introducing the COVID-19 Bill, the leader of government business in the House of Assembly, prime minister Allen Chastanet, lauded his government’s handling of COVID-19, smiling broadly and continuously in self-congratulations.

However, does anyone remember that left to Chastanet alone, the island COVID-19 response would resemble the treatment of lepers in antiquity and the dark ages?

Lest we forget, Chastanet emerged from the hesitation by his government in the early days of the pandemic late February with the bizarre suggestion that Rat island, just off Choc beach, should be the place of quarantine and isolation for COVID-19 patients.

Rat Island served as a quarantine and isolation zone for epidemics in the 1800s. Later used as a normal residential island was abandoned, allowing the island to exist as a peaceful marine reserve. At the time of Chastanet’s ridiculous recommendation, the only physical structure on the island at the time was a tumbledown skeleton of a building. No utilities, no formal transportation for making the crossing.

Did Chastanet intend to build a causeway to Rat Island to facilitate isolation of COVID-19 patients; or did the pandemic present an opportunity to use scarce state resources to prepare Rat Island for commercial business for the immediate benefit of family, friends and foreigners? That pattern of behavior has been well established under the Chastanet government and Saint Lucians who value their national assets had every right to be concerned about Chastanet’s Rat Island recommendation.

“Rat island is a dum(b) idea,” said one commentator after the Chastanet suggestion was first reported in a United Workers Party (UWP) favourable online portal.

Another warned, “It will be very crowded…the fall-out is devastating…”

To be fair, it must be mentioned that the Chastanet believers thought it was a brilliant idea, or ‘just a suggestion’, until professional and other reasonable minds cautioned against it.

The Medical & Dental Association observed “an urgent need for “a coordinated, collaborative approach to prevent a health and economic disaster, the likes of which we have not seen in our lifetime.”

Medical professionals, such Dr Stephen King, appealed to reason, and suggested that the Chastanet government hasten the full transition to the Owen King European Union (OKEU) hospital, an issue on which it had campaigned in opposition, but had up to that time (four years after) failed to deliver. Somehow, reason seemed to have prevailed over unsoundness. Hotels emptied by the disappearance of tourists due to COVID-19 were leased as quarantine stations. The OKEU hospital was miraculously opened within one week and the aged dame of Saint Lucian health care, Victoria Hospital, was converted into a respiratory hospital.

Somehow, a Pied Piper seemed to have led Chastanet away from his rodent thinking and so Rat island peacefully continues its role as a marine reserve as it receives the waves gently lapping on its tiny sandy beach facing the domicile of Chastanet’s father on the mainland.

Most countries failing to protect women from COVID-19 economic and social...