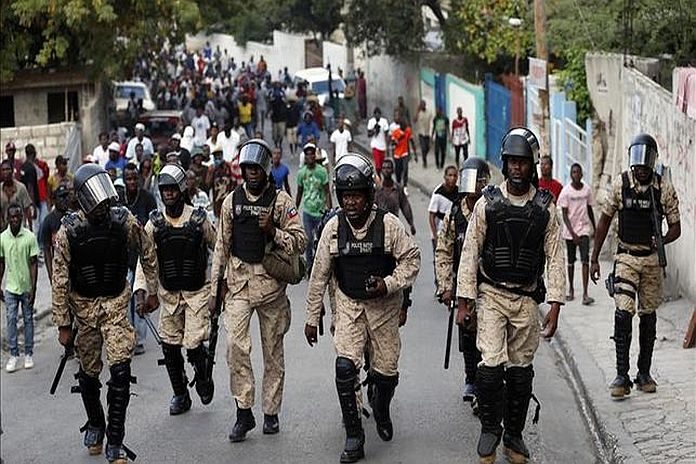 PORT-AU-PRINCE, Haiti – After years of protests (Peyi Lòk) across Haiti for the resignation of Jovenel Moise and PHTK surrounding the PetroCaribe funds, the country is going through a kidnapping crisis. Dozen of people are reportedly missing and/or abducted by kidnappers who are demanding huge sums of cash.

The kidnapping crisis dates back to 2004 when Police Nationale d’Haiti (PHN) stopped it by arresting and punishing those responsible for these crimes. Unfortunately, the same crisis is happening again across the country and everyone is wondering who’s behind these kidnapping acts in 2020.

During a press meeting, spokesman for the police institution, Michel-Ange Louis-Jeune, mentioned the absence of formal complaints on the resurgence of acts of kidnapping in the capital; however, victims’ families told him it’s true.

According to Police Nationale d’Haiti, among those who got abducted by the kidnappers on February 8, were five members of a Church in Port-Au-Prince called l’Église Baptiste le Phare de Martissant. The kidnappers demanded $3 million Gourdes to release the victims.

The Haitian National Police (PNH), with the launch of operation “Iron Curtain”, is seemingly active, regarding the kidnapping acts across the country in order to solve these issues.

According to local media Bon Déjeuner, Radio and Rezo Nòdwès, those concerned Christians were on a mission in the community, that’s when they were attacked and then kidnapped by armed men. Relatives of the victims said that the kidnappers demanded $3 million Gourdes as a ransom to be able to set them free.

Jean Rubens Eugène, another young person from the same Evangelical Assembly was killed, Tuesday, February 11, 2020, at 4th avenue Bolosse, south of Port-au-Prince, while he was preparing to give kidnappers the sum required for the release of five young hostages.

As a result of the killing of Jean Rubens Eugène, killed by kidnappers, a huge protest was held in Port-Au-Prince on February 12, to demand justice for those abducted and killed. Protesters used the opportunity to demand the resignation of Jovenel Moise and PHTK and attributed responsibility to the Haitian government. The opposition leaders and other like-minded politicians blamed the current Haitian government for the current crisis.

“I think the country is going through a lot this year and it’s a shame that the current Haitian government is quiet about those crimes,” said  Werley Nortreus, political leader and founder of Vanyan Sòlda Ayiti and A New Haiti Before 2045 (ANHB 2045).