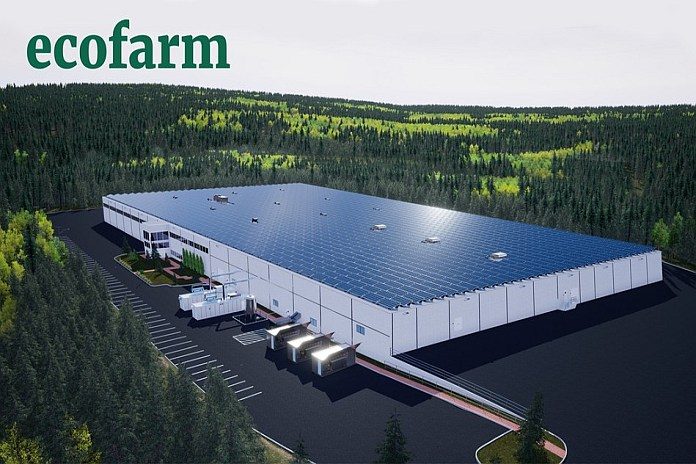 Awarded Provisional Licenses from the Massachusetts Cannabis Control Commission, ecofarm will operate as a Tier 11 Marijuana cultivator and product manufacturer in its 100,000 square foot facility.

The build-out includes 55,000 square feet of cultivation space of a possible 100,000 square feet allowed by the Tier 11 license, a full-scale extraction lab, a large commercial kitchen, and packaging area, allowing the company to produce cannabis flower and manufacturing edibles, tinctures and vaporizers for sale to licensed retailers. Upon completion of construction, ecofarm will represent more than ten percent of the cultivation square footage operational in the state today.

“Massachusetts has become a leader in the medical and adult-use cannabis market, bringing our state safe access to quality cannabis for the first time in its history. At ecofarm, we are building an innovative and sustainable solution to cannabis cultivation, manufacturing, and distribution, leveraging our team’s diverse experience to produce the highest quality cannabis products available while operating with integrity and focusing on having a lasting impact on the communities we serve,”  said Joshua Sigel.

ecofarm will chart a course toward a new standard of cannabis production, focusing on product quality while committing to limit its impact on the environment. The facility will generate over half of its electrical demand through the use of solar arrays and a combined heat and power system, implementing additional smart technologies such as LED lighting, high-efficiency HVAC systems, automated environmental controls, and a large-scale water recapture system to be 70 percent more energy-efficient than traditional indoor cultivation operations.

Supporting the cultivation and extraction operations are renowned cultivators Bill Levers and Jeff Levers—co-founders of west coast cannabis brand, Beard Bros. Pharms. Advising on strategy and business development alongside Sigel and Washington is the award-winning, multi-state dispensary operator and serial entrepreneur Matthew Morgan. Guiding the team on its social equity programs is a nationally renowned advocate, Nina Parks. Product design expertise is further provided by dom pen vape creator Dominic Murphy, whose vaporizer is among the most-sold legal vapes in the US.

ecofarm has also secured a Host Community Agreement with Oxford, MA, to expand operations with its first of three potential retail locations, the most allowed by the Massachusetts Cannabis Control Commission.

Patients turn to CBD in search of relief for mental health...

US Treasury tells banks to treat Hemp businesses like any other