In the past couple of years or so the term “cancelled” has taken off on social media and has been coined as a term of power. So, what is “being cancelled”? Being cancelled is when someone or a group decides to stop supporting a person, place, or thing based on one or more negative event or action that has taken place. In effect, cancel culture is teaching everyone one thing: if something is wrong, stop supporting, affirming, following, or practising it.

However, not everyone agrees with cancelling as positive. ”‘Cancel culture’ tacitly attempts to disable the ability of a person with whom you disagree to ever again be taken seriously or in the extreme, to be hired or employed in his/her field of work,” says Letty Cottin Pogrebin, the author, activist and founding editor of Ms Magazine.

In tweets, online letters, opinion pieces and books, conservatives, centrists, and liberals continue to denounce what they call growing intolerance for opposing viewpoints and the needless ruining of lives and careers. A Politico/Morning Consult poll shows 44 percent of Americans disapprove of it, 32 percent approve, and the remaining 24 percent had no opinion or did not know what it was. 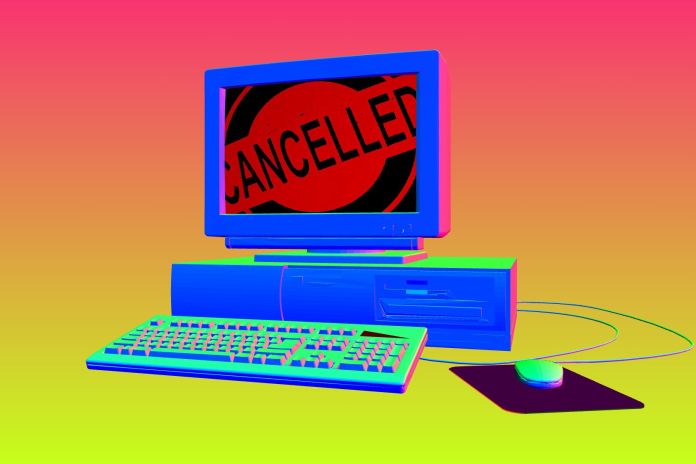 For certain, cancel culture is not a panacea and oftentimes it zooms off into the unwanted, undesired, personalized, and negative. In this respect, some have been arguing that cancel culture is toxic to mental health, but The Caribbean Voice disagrees.  In fact, ideally, we would like to permanently cancel all mental health issues but since that is not possible, here’s what should and should not be cancelled:

In this respect also its always better to be involved with a group than to operate on an individual basis, since the collective skills, knowledge, motivation, planning and outreach maximizes the efforts of every individual member while reducing pressure, time spent, feelings of being overwhelmed and the need to be everywhere, doing everything. For those who may be interested, The Caribbean Voice has a reputable track record in mental health advocacy and activism, with a special focus on abuse and suicide prevention.