Our health is more than once a year during October walk, run and wearing pink. It is supporting families who may have lost a loved one, still battling, or survived and to raise more funds for research to find a cure.

When countless gathered from across the globe from all races, cultures and economic status to educate the public through multiple awareness platforms,  it is not about women power-grabbing to combat sexual deviance as one friend expressed, but to eliminate a silent killer called, “Breast Cancer, and men get it too.”

Cancer is a personal issue and not a water cooler conversation and consequently, I believe more men must begin to form a bond to educate themselves about their medical problems. And this issue does not need to wait until a famous person comes forward to take note of our bodies.

When the “Me-Too” movement against sexual harassment and assaults gained traction, numerous men lost their powerful positions, some went silent and few were convicted for bad behavior. Although some denied and minimized their actions; what this topic has done, is to create awareness.

But irrespective of the arguments made; “awareness” is key in any society to develop new road maps for a better standard of living.

While transformation is maybe difficult to fix systematic medical problems, whether addressing violence against women, crimes, unemployment, fiscal policies, or environmental concerns, if these issues are unattended significant difficulties may develop in the long run. Many of us have lost family members and close friends who held influential positions on these shores. However, few remain hushed until it was too late from fear of the stigma and humiliation that often attached to this disease.

Some patients even travelled abroad for treatment, but sadly, sometimes the disease has already reached its final stage. Putting the stigma to rest, just because men do not wear a bra or have breasts like women, that does not eliminate men from getting breast cancer. It is a malignant tumor that starts from cells of the breast according to medical experts. “A malignant tumor is a group of cancer cells that may grow into (invade) surrounding tissues or spread (metastasize) to distant areas of the body.” Sadly, by simply replacing “Women” and pink with the word “Men”, especially black men along these shores, other social issues often dominate such as gender equality, unemployment rate, masculinity, tolerance, sexuality or criminal justice topics appears.

I am not a medical doctor, nor do I play one on television, or a celebrity who was diagnosed with this disease to influence a doctor’s visit in the next 24 hours. The medical profession classifies breast cancer symptoms as, “swelling of nipples, discharge, rashes around the nipple and millions of cells and hormones found in boys’ and girls’ during puberty, swelling of the chest area, or lymph nodes under the arms.”

According to the International Journal of Caring Science and other leading oncologic care studies, “males are at lower risk than women for breast cancer, but it remains high, especially for men with a history of testicular disease, and ones with a genetic predisposition, radiation, excessive alcohol use, liver disease, and obesity.”

The complexity of male health in the Caribbean region, and other poor and developing countries can be lost in the warm smile, cool and lay-back vibes that greets visitors and family, but quietly, tackling men breast cancer, and other medical issues remain a taboo woven in social stratification, illiteracy and disparities.

Even a constitutional amendment to mandate a medical check-up would not change some ideology since the colonization period on these islands. Additionally, the socialization process in these male-dominant cultures, showing weakness is far-fetched.

And that belief is a dangerous weapon against one’s health issues, as beneath that tough-guy image, he needs your support. Not many men beyond these shores would openly admit that they relied on Viagra for sexual dysfunction because of self-confidence as important as his influence

This attitude sometimes forces some from visiting even women doctors or to participate in pink or a walk to bring more awareness. Check-Up:   Scholars noted that cancer was seen and considered largely as a “women’s disease which affected their women parts, the breast, and womb”.

Although male breast cancer is very rare, reports have shown that around 350 men diagnosed each year and it is also affecting younger men and not only men between ages 60 and 70. Early detection remains the key and basic examinations can potentially save lives. 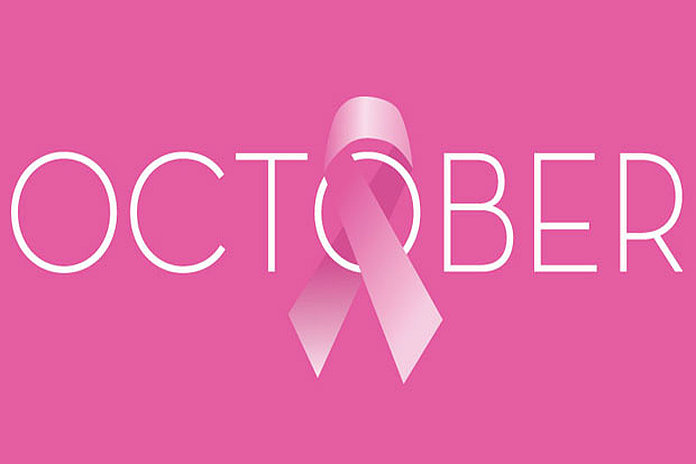 American Cancer Society list a few basic questions your doctors should be asking:

These additional questions need to be asked:

The International Laboratory Accreditation Cooperation (ILAC) has developed standards that many countries have adopted and some of these rural facilities could use closer oversights along these shores in the delivery of competence services.

Revictimization: The failure to recognize professional limitations from having the correct medical equipment to well-trained staff is important. And the idea of upfront payments before one can be admitted must be addressed.

The lack of accountability can discourage others to seek medical attention to build confidence for those who are still in the shadow.

Equally important, an attestation that the correct treatment is being administered should be more important than profit as personal ethics should not conflict with care.

How many patients’ life savings have been depleted by years of medical office visits without the correct answer?

Was its cancer, heart attack, malpractice, diabetes, high blood pressure, or the prescribed medicine that have created an addiction that may have led to the cause of death and not what is recorded on many death certificates.

Misdiagnosis or delayed treatment only creates more questions when one dies. Few people I have spoken with about medical screening argued that distrust and accountability are like the high rate of unsolved crimes from the lack of resources to getting accurate referrals.

“And if some medical emergencies can defy logic due to the long waiting period to be seen or admitted for treatment why bother to show up. ”

These patients often try alternative medicine, not only for breast cancer but other diseases. To stop these medical erosions, it starts with an accurate, and truthful analysis to make sure they have the correct answers.

Sadly, medical treatment and access to proper healthcare remain a wall between the haves vs. the have nots. The lack of social obligation by several elected leaders whose economic agenda in all political parties have failed to confer inadequacies, underfunding of critical facilities only added more burden

The Centers for Disease and Control (CDC) report that blacks have a higher rate of being affected by this disease including other cancers.

It is time that more men pause and take note of their health, form a brotherhood, schedule an appointment with a doctor knowledgeable, and embrace even if today’s check will be done by a woman doctor.

Awareness:  Men’s health, in general, will continue to have challenges navigating socio-economic divide, taboo, disparities distrust and access, and breast cancer is not the only potential medical check should be on your list this year:

Today there several men’s organizations that are supporting men’s fight against breast cancer and other diseases that can provide a platform to engage and not isolate from fear. Despite the barriers they are still few excellent physicians tucked away in these small communities that may be limited due to resources, but they still play an important role.

Let the doctor acknowledge your concerns even if it only creates a psychological intervention until the next exam. Maybe the next Father’s Day gift should be to take a loved one to the doctor.

This October and beyond, I urge people to take a stand for good health: Colon cancer, high blood pressure, diabetes, mental disorder, and other illnesses.

Regardless of location, social status, the gender of the physician, we are all linked and cancer does not discriminate.

Do not allow the government of St Lucia to politicise our...