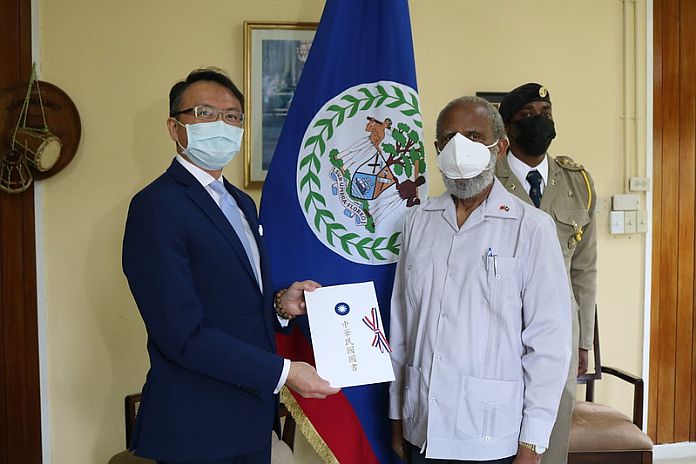 BELMOPAN, Belize – On Monday, March 22, 2021, H.E. Sir Colville Young, the governor-general of Belize, received letters of credence from H.E. David Kuan-Chou Chien, the new ambassador extraordinary and plenipotentiary of the Republic of China (Taiwan) to Belize.

Ambassador Chien conveyed greetings on behalf of Her Excellency Tsai Ing-wen, president of the Republic of China (Taiwan). He pledged to continue to promote mutual interests and to strengthen the existing relationship of cooperation and goodwill between the two countries.

For his part, the governor-general welcomed the new ambassador and his delegation. He noted that Taiwan has long been a staunch friend and supporter of Belize’s development and reiterated Ambassador Chien’s pledge to strengthen the long-standing relations between the two countries.

Belize goes to the polls on March 3