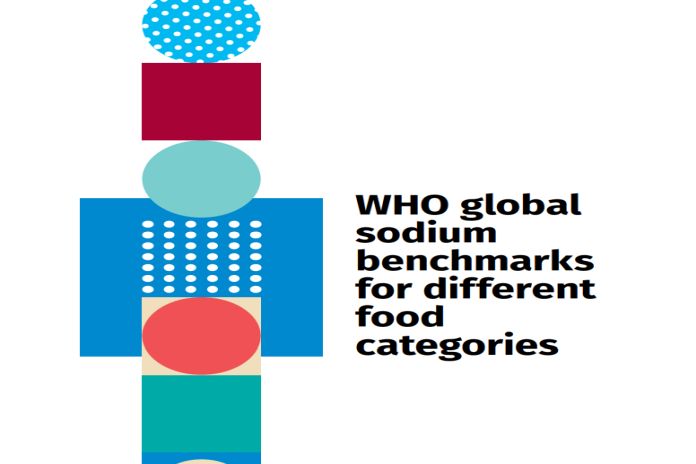 GENEVA, Switzerland – Most people consume double the WHO-recommended 5g of daily salt intake, putting themselves at greater risk of the heart diseases and strokes that kill an estimated 3 million people each year.

Today, the World Health Organization (WHO) released a new set of global benchmarks for sodium levels in more than 60 food categories that will help countries reduce sodium contents in foods to improve diets and save lives.

“WHO Global Sodium Benchmarks for Different Food Categories” is a guide for countries and industry to reduce the sodium content in different categories of processed foods. Around the world, consumption of processed food is a rapidly increasing source of sodium.

Confusingly, similar processed food products often contain different amounts of sodium in different countries. WHO’s harmonized global benchmarks will show countries how they can progressively lower their targets, based on their local food environments, and encourage industry to lower the sodium content in processed foods accordingly and advance toward the WHO goal of 30% reduction in global salt/sodium intake by 2025.

“Most people don’t know how much sodium they consume, or the risks it poses,” said Dr Tedros Adhanom Ghebreyesus, WHO director-general. “We need countries to establish policies to reduce salt intake and provide people with the information they need to make the right food choices. We also need the food and beverage industry to cut sodium levels in processed foods. WHO’s new benchmarks give countries and industry a starting point to review and establish policies to transform the food environment and save lives.”

“Access to affordable, healthy foods is critically important for all people in every country,” said Dr Tom Frieden, president and cjief executive officer of Resolve to Save Lives, an initiative of Vital Strategies. “These global benchmarks are an important first step. As consumer tastes adjust and technology advances, country governments and the WHO can steadily reduce them over time until population sodium reduction goals have been met. When we reduce sodium gradually, our food will still taste great, and only our hearts will know the difference!”

These new benchmarks are launching during a decisive year for food and nutrition policy. The United Nations Food Systems Summit in September and the Nutrition for Growth Summit in December will convene a wide range of stakeholders to transform food systems by providing opportunities for national, regional and global efforts to improve the food environment and make commitments including to limit the sodium content in processed foods.

The death of parliamentary democracy in Trinidad and Tobago