– NewAmsterdam’s lead therapeutic candidate, obicetrapib, is a next-generation oral, low-dose and once-daily CETP inhibitor for which promising safety and >50% LDL-lowering efficacy has been observed on top of high-intensity statins in patients with dyslipidemia through Phase 2b, which could potentially serve a global population of over 30 million patients with unmet medical need in cardiovascular disease –

– Merger expected to be completed in the second half of 2022 –

NAARDEN, Netherlands & MENLO PARK, Calif.–(BUSINESS WIRE)–NewAmsterdam Pharma Holding B.V. (“Company”), a late clinical-stage company focused on the research and development of transformative oral therapies for major cardiometabolic diseases, and Frazier Lifesciences Acquisition Corporation (“FLAC”), a special purpose acquisition company sponsored by an affiliate of Frazier Healthcare Partners, today announced that they have entered into a definitive business combination agreement. Upon closing of the transaction, a newly formed holding company, NewAmsterdam Pharma Company N.V. (“NewAmsterdam”) will be led by Michael Davidson, M.D., Chief Executive Officer of the Company. NewAmsterdam’s ordinary shares are expected to be listed on Nasdaq under the ticker symbol “NAMS.” 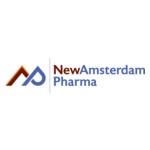 NewAmsterdam is expected to receive approximately $235 million from an upsized and oversubscribed PIPE at $10.00 per share plus funds held in FLAC’s trust account following any redemptions. The PIPE was upsized from the initial target of $100 million due to significant investor demand. The PIPE was co-led by Frazier Healthcare Partners and Bain Capital Life Sciences, and includes new investors RA Capital Management, GMT Capital, Medicxi, Panacea Venture and other institutional investors, in addition to existing NewAmsterdam shareholders Forbion, LSP Dementia Fund and Morningside Ventures. The proceeds from this transaction, combined with the upfront payment of $123 million (€115 million) received from NewAmsterdam’s recently announced licensing agreement with the Menarini Group and NewAmsterdam’s existing cash and cash equivalents, would bring NewAmsterdam’s total pro forma cash balance to at least $470 million, which the Company believes would be sufficient to fund operations through 2026, beyond the readout of NewAmsterdam’s Phase 3 PREVAIL CVOT study and two other pivotal Phase 3 studies.

The transaction is expected to close in the second half of 2022, subject to approval by FLAC’s shareholders and the satisfaction or waiver of certain other customary closing conditions. The Boards of Directors of both the Company and FLAC have unanimously approved the transaction. Following the close of the transaction, James Topper, M.D., Ph.D., Managing Partner at Frazier Healthcare Partners and Chairman of the Board of Directors and Chief Executive Officer of FLAC, and Nicholas Downing, M.D., Principal at Bain Capital Life Sciences, will join the NewAmsterdam Board of Directors.

“Today’s announcement marks a major milestone for NewAmsterdam. We believe that the transaction, if consummated, would provide us with the necessary capital to fund our business through 2026 and beyond multiple Phase 3 data readouts for obicetrapib, including our ongoing cardiovascular outcomes trial, and a potential global product launch,” said Dr. Davidson. “Cardiovascular disease remains a significant unmet need and is the number one cause of death in western countries, with high LDL levels being the chief culprit responsible for adverse outcomes and two-thirds of patients not reaching LDL goals despite the wide availability of statins. Adding a potential new convenient oral therapy that has been observed to confer an additional 51% of LDL-lowering on top of high dose statins could transform the treatment paradigm for this large patient population. We are grateful to the FLAC team, as well as our new and existing investors, for their support throughout this transaction and look forward to a continued partnership as we mature into a publicly traded company and pursue our mission of improving patient care globally for this large patient population with substantial unmet need despite existing therapies.”

“We founded FLAC in hopes of acquiring a therapeutics-focused company with near-term inflection points, experienced and highly credentialed leadership and sufficient capital to support planned operations well into the future,” said James Topper, M.D., Ph.D., Managing Partner at Frazier Healthcare Partners and Chairman of the Board of Directors and Chief Executive Officer of FLAC. “We have found exactly this in NewAmsterdam. NewAmsterdam’s lead program, obicetrapib, is a potentially first- and best-in-class once-daily, oral CETP inhibitor, for which potent LDL-lowering activity on top of high-intensity statins and a positive safety and tolerability profile have been observed in clinical trials. We congratulate NewAmsterdam on their recent success in securing a $1B+ partnership with the Menarini Group for Europe and we are eager to support NewAmsterdam’s world-class team as it advances obicetrapib through Phase 3 development and aims to deliver a new transformative oral therapy to the tens of millions of people worldwide who remain at high-risk of experiencing a major adverse cardiac event, despite the availability of statins and other prescription therapies.”

Proceeds from the transaction are expected to provide NewAmsterdam with the capital needed to further develop obicetrapib through several value-creating clinical and regulatory milestones, including the following:

The closing of the business combination would bring NewAmsterdam’s total pro forma cash balance to at least $470 million, in addition to a total enterprise value of $326 million.

Current Company shareholders are converting 100% of their existing equity interests into ordinary shares of NewAmsterdam. In addition to the funds held in FLAC’s trust account following any redemptions, an additional group of premier healthcare investors has committed to participate in the transaction through an oversubscribed and upsized PIPE of approximately $235 million at $10.00 per share.

The Boards of Directors of both the Company and FLAC have unanimously approved the proposed transaction, which is expected to close in the second half of 2022, subject to the approval by FLAC’s shareholders and the satisfaction or waiver of certain other customary closing conditions.

The description of the business combination contained herein is only a high-level summary. Additional information about the transaction will be provided in a Current Report on Form 8-K to be filed by FLAC with the Securities and Exchange Commission (“SEC”) and will be available at www.sec.gov. In addition, NewAmsterdam intends to file a registration statement on Form F-4 with the SEC, which will include a proxy statement/prospectus, and will file other documents regarding the proposed transaction with the SEC.

NewAmsterdam Pharma is a private clinical-stage biopharmaceutical company whose mission is to improve patient care in populations with metabolic diseases where traditional therapies have not been sufficiently successful or well-tolerated. NewAmsterdam is investigating obicetrapib, a next-generation oral, low-dose and once-daily CETP inhibitor, as the preferred LDL-C-lowering therapy for high-risk cardiovascular disease (“CVD”) patients. Results from NewAmsterdam’s ROSE Phase 2b trial (presented at AHA Scientific Sessions in 2021) included observations that patients receiving obicetrapib 10mg experienced reduced LDL-C by 51% versus baseline in patients on statin therapy (vs. a 7% reduction in the placebo arm). Based in the Netherlands, the Company was founded in 2019 by the venture capital firm Forbion and John Kastelein, Chief Scientific Officer of the Company, and closed a $196 million (€160 million) Series A financing in January 2021 led by Forbion, Morningside Ventures and Ascendant BioCapital. In June 2022, the Company entered into an exclusive licensing agreement with the Menarini Group for the commercialization of obicetrapib in Europe, while retaining all rights to commercialize obicetrapib, if approved, in the rest of the world, as well as rights to develop certain forms of obicetrapib for other diseases such as Alzheimer’s disease. For more information, please visit: www.newamsterdampharma.com.

FLAC is blank check company incorporated as a Cayman Islands exempted company in October 2020 for the purpose of effecting a merger, share exchange, asset acquisition, share purchase, reorganization or similar business combination with one or more businesses or entities. FLAC was formed to leverage the extensive experience and track record of its management team with the goal of financing a company that can both develop transformative therapies for patients in need and deliver significant returns to its investors. For more information, please visit: www.frazierlifesciencesacquisition.com.

Founded in 1991, Frazier Healthcare Partners is a leading provider of private equity capital to healthcare companies. With more than $8.1 billion total capital raised, Frazier has invested in more than 200 companies with transaction types ranging from buyouts of profitable healthcare companies to venture capital and company creation. Frazier has a philosophy of partnering with strong management teams while leveraging its internal operating resources and network to build exceptional companies. Frazier has offices in Seattle, Washington, and Menlo Park, California, and invests broadly across the U.S., Canada and Europe. For more information, please visit: www.frazierhealthcare.com.

Important Information About the Merger and Where to Find It

A full description of the terms of the transaction will be provided in a registration statement on Form F-4 to be filed with the SEC by NewAmsterdam that will include a prospectus with respect to the NewAmsterdam securities to be issued in connection with the business combination and a proxy statement with respect to the shareholder meeting of FLAC to vote on the business combination. FLAC, the Company and NewAmsterdam urge its investors, shareholders and other interested persons to read, when available, the preliminary proxy statement/prospectus, as well as other documents filed with the SEC, because these documents will contain important information about FLAC, the Company, NewAmsterdam and the transaction. After the registration statement is declared effective, the definitive proxy statement/prospectus to be included in the registration statement will be mailed to shareholders of FLAC as of a record date to be established for voting on the proposed business combination. Once available, shareholders of FLAC will also be able to obtain a copy of the Form F-4, including the proxy statement/prospectus, and other documents filed with the SEC without charge, by directing a request to: Frazier Lifesciences Acquisition Corporation, Two Union Square, 601 Union St., Suite 3200, Seattle, WA 98101, Attn: Secretary. The preliminary and definitive proxy statement/prospectus to be included in the registration statement, once available, can also be obtained, without charge, at the SEC’s website at www.sec.gov.

Participants in the Solicitation

FLAC, the Company and NewAmsterdam and their respective directors and executive officers may be deemed to be participants in the solicitation of proxies from FLAC’s shareholders in connection with the proposed transaction. Information about the directors and executive officers of FLAC is set forth in FLAC’s annual report on Form 10-K filed with the SEC on March 25, 2022 and is available free of charge at the SEC’s website at www.sec.gov or by directing a request to: Frazier Lifesciences Acquisition Corporation, Two Union Square, 601 Union St., Suite 3200, Seattle, WA 98101, Attn: Secretary. Information regarding the persons who may, under the rules of the SEC, be deemed participants in the solicitation of FLAC’s shareholders in connection with the potential transaction will be set forth in the registration statement containing the preliminary proxy statement/prospectus when it is filed with the SEC. These documents can be obtained free of charge from the sources indicated above.

This press release is not a proxy statement or solicitation of a proxy, consent or authorization with respect to any securities or in respect of the proposed business combination and shall not constitute an offer to sell or a solicitation of an offer to buy any securities nor shall there be any sale of securities in any state or jurisdiction in which such offer, solicitation, or sale would be unlawful prior to registration or qualification under the securities laws of any such state or jurisdiction. No offer of securities shall be made except by means of a prospectus meeting the requirements of the Securities Act.

Spectrum Science on behalf of NewAmsterdam

Jamaica: Pools of capital vital for country’s growth and development

Experts explore Guyana’s emergence as an oil producer and implications for...