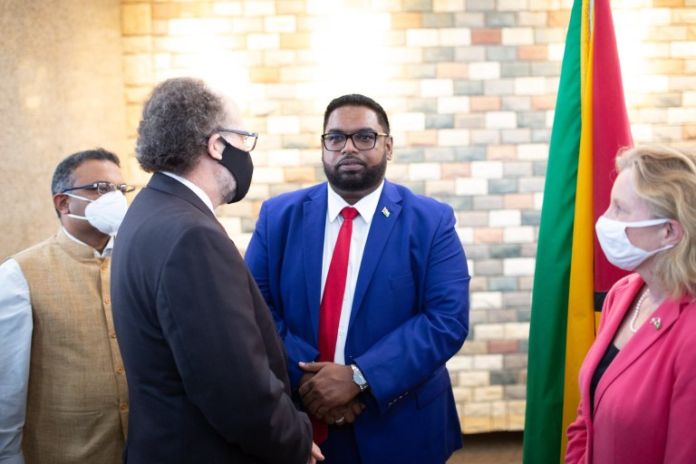 GEORGETOWN, Guyana – Guyanese everywhere and Guyana’s many friends are relieved and grateful that the worst of times are over. Now must begin the best of times.

To president Irfan Ali and his new government, I send fulsome congratulations on their election success.

I welcome their expressed commitment to make those best of times come true for all Guyana and all Guyanese.

The new government starts with the goodwill of all who stood by Guyana’s side in the struggle that democracy and the rule of law has won.

The environment of peace and progress is achieved; Guyanese must now seize the opportunity to build a prosperous Guyana for all, without exception.

Sir Shridath Ramphal is a former Attorney-General and Minister of Foreign Affairs of Guyana; second Secretary-General of the Commonwealth (1975-1990); former Chancellor of the Universities of the West Indies, Warwick (UK) and Guyana; former Chairman of the West Indian Commission and a member of Guyana’s legal team at the ICJ in the Guyana-Venezuela border case.

Trinidad and Tobago has no plans for rising COVID-19 cases, says...

US attorney-general issues guidance to protect facilities from unmanned aircraft and...