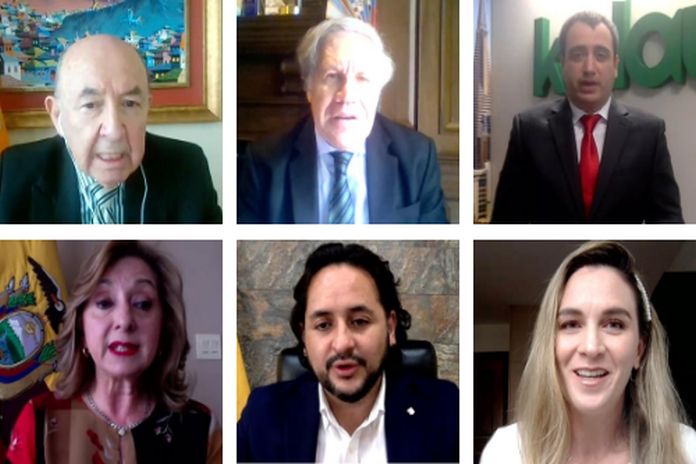 WASHINGTON, USA – The Organization of American States (OAS) and the government of Ecuador, with the help of the company Kolau, will cooperate to promote the digitalization of micro, small and medium-sized enterprises (MSMEs) in Ecuador and thus help thousands of small businesses to do business in the digital economy.

The foreign minister of Ecuador, Luis Gallegos, said that the agreement will allow small companies in his country to expand their borders to the entire world. “I congratulate the OAS for this valuable initiative and encourage it to continue on this path of adaptation to the new reality that we face in the region, with a more humane and equitable vision of development,” added the head of Ecuadoran diplomacy.

For his part, the secretary-general of the OAS, Luis Almagro, said that the objective of the plan is for small businesses to have the opportunity to sell their goods and services in a secure online space. “We congratulate the government of Ecuador for joining the MSME Digitalization Plan and we wish them the best in their efforts to accelerate the process of recovery in the country,” said secretary-general Almagro.

The chief executive officer of Kolau, Daniel Sánchez, highlighted the rapid successes of the initiative in the countries of the region where it is being applied. “The alliance between the OAS and Kolau has made it possible for more than 80,000 MSMEs from a dozen countries in Latin America and the Caribbean to join in the last six months, carrying out more than 125,000 transactions through their websites,” Sánchez added.