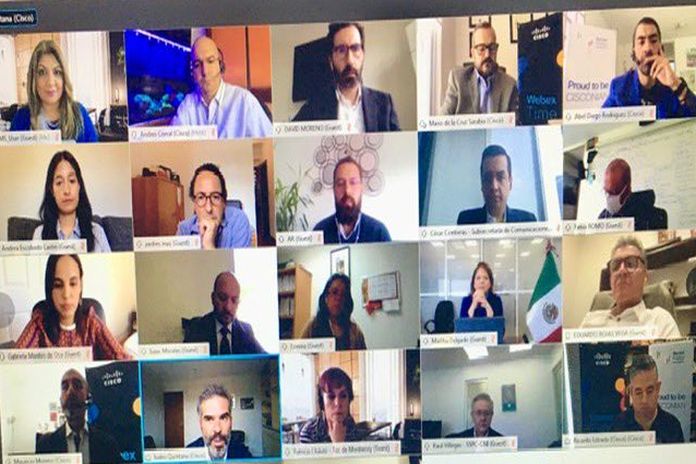 WASHINGTON, USA – The Organization of American States (OAS), the ministry of foreign affairs of the government of Mexico and Cisco held the first national meeting of Cybersecurity Innovation Councils in their Mexico chapter, in which experts and managers of public and private sector policies exchanged experiences and best practices on cybersecurity.

This meeting, held virtually via Webex and as a follow-up to the commitment made in August 2019 between the OAS and Cisco, was attended by Mexican government authorities, OAS officials, academics, representatives of the private sector, and managers from Cisco Mexico and Latin America, who joined efforts to democratize and promote the adoption of cybersecurity in the country.

This first meeting of the Council in its Mexico chapter was headed by Farrah Urrutia, secretary for multidimensional security of the OAS, who emphasized that “digitalization is accompanied by new risks and increasingly sophisticated cyber threats, which require us to be alert in order to enjoy an open and safe Internet for everyone.” Moreover, she said that, during the pandemic, “it is of the utmost importance to continue promoting cybersecurity awareness and the development of public policies related to this area.”

On behalf of the Mexican government, minister Martha Delgado Peralta, undersecretary for multilateral affairs and human rights in the ministry of foreign relations, underlined the importance of the collaboration that already exists within the Cybersecurity Innovation Council. “Advances in telecommunications have expanded sustainable development and the challenge of having an inclusive world. For this reason, it is necessary to have a free and secure cyberspace, and Mexico reaffirms its commitment in this area,” she said.

Isidro Quintana, director of Cisco Mexico, recognized the multidimensional security work carried out through the Inter-American Committee against Terrorism (CICTE) of the OAS and its Cybersecurity Program, emphasizing that “CICTE’s efforts have established a more secure ecosystem in the Americas and have helped more than 15 countries in the elaboration of their national cybersecurity strategies, as is the case of Mexico.“

At this first meeting, the report developed jointly by the OAS and the Inter-American Development Bank, entitled “Cybersecurity Report: Risks, Progress and the Way forward in Latin America and the Caribbean” was also presented, as well as a Design Thinking workshop given by academics from Tec de Monterrey to develop an innovation project.

The Cybersecurity Innovation Councils are a space where stakeholders, leaders and experts from the private sector, public sector, academia, NGOs and security technology providers can collaborate to drive innovation, raise awareness and expand best practices, to help solve the digital risks and challenges that affect the digital society.

The OAS and Cisco, together with the governments of the region, seek to develop a greater understanding of threats and improve cybersecurity in the Americas. In the case of Mexico, with the new trade agreement with the United States and Canada (TMEC), which in its chapter 19 on digital commerce establishes cooperation on cybersecurity and risk management between the three countries, these councils may contribute to the effort.

As part of the agreement established for the Cybersecurity Councils, last May the OAS and Cisco announced a fund of US $150,000 to finance cybersecurity innovation projects in Latin America.

In addition, with the support of the Cisco Networking Academy program, the OAS made available to the citizens of the Hemisphere from May to the end of September two free courses on Introduction to Cybersecurity and Fundamentals of Cybersecurity.

A gamblers paradise unfolds in St Lucia: ‘Let her inspire you’