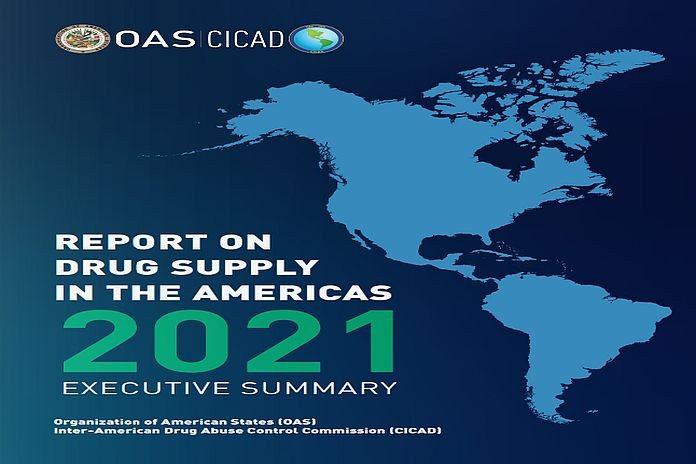 WASHINGTON, USA – The Organization of American States (OAS) released last week its Executive Summary of the Report on Drug Supply in the Americas 2021, which analyzes drug supply data in the Western Hemisphere and features information on the trends, challenges and emerging issues of interest for policymakers and the general public. The publication of the complete Report is expected for the first trimester of 2021.

The executive summary, prepared by the Inter-American Drug Abuse Control Commission (known by its Spanish-language acronym, CICAD), the OAS’ consultative and advisory body on the drug problem, contains statistics on drug supply, in 27 Western Hemisphere countries and presents a series of findings on:

The document was presented during CICAD’s 70th regular session, which took place from November 16-19, 2021. It concludes that: “There is no single drug supply trend that defines the Hemisphere. Analysis of supply data shows diversity with respect to the production, cultivation, and trafficking of illicit drugs in the Americas. It is therefore important for CICAD to work with member states to develop policies and strategies that meet their unique needs.”

“This analysis of supply data shows diversity with respect to the production, cultivation, and trafficking of illicit drugs in the Americas,” said Ambassador Adam Namm, CICAD executive secretary. “We will continue working with member states to expand and enhance the collection and dissemination of information on illicit drug supply. This includes strengthening drug information networks.”

The Report represents robust collaboration with OAS member states on data collection methodology, and careful analysis by CICAD experts. It provides a snapshot of key indicators of drug supply across the Americas, as well as unique, valuable information on trends that will assist in the design and implementation of more effective drug policies.

The report, which responds to requests from member states to develop a picture of drug trafficking trends in the region highlights:

Methamphetamine and other synthetic drugs

CICAD will continue to provide OAS member states with assistance to establish early warning systems, one of the most effective tools for responding to emerging drugs in the Americas today, and to encourage countries to contribute national data to the Early Warning System for the Americas (known by its Spanish-language acronym, SATA). 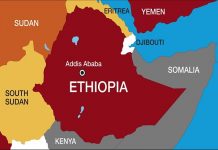 US CBP Officers seize marijuana worth over $1 million