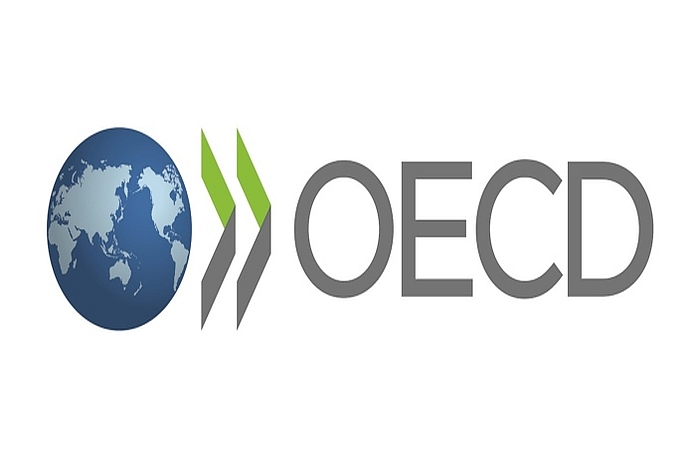 PARIS, France – Increasingly stringent containment measures needed to slow the spread of the coronavirus (COVID-19) will necessarily lead to significant short-term declines in GDP for many major economies, according to new Organisation for Economic Co-operation and Development (OECD projections.

OECD secretary-general Angel Gurría, in preparation for the G20 Virtual Summit, unveiled the latest OECD estimates showing that the lockdown will directly affect sectors amounting to up to one-third of GDP in the major economies. For each month of containment, there will be a loss of two percentage points in annual GDP growth. The tourism sector alone faces an output decrease as high as 70 percent.  Many economies will fall into recession. This is unavoidable, as we need to continue fighting the pandemic, while at the same time putting all the efforts to be able to restore economic normality as fast as possible.

‌“The high costs that public health measures are imposing today are necessary to avoid much more tragic consequences and even worse impact on our economies tomorrow,” Gurría said. “Millions of deaths and collapsed health care systems will decimate us financially and as a society, so slowing this epidemic and saving human lives must be governments’ first priority.

“Our analysis further underpins the need for sharper action to absorb the shock, and a more coordinated response by governments to maintain a lifeline to people and a private sector that will emerge in a very fragile state when the health crisis is past.” 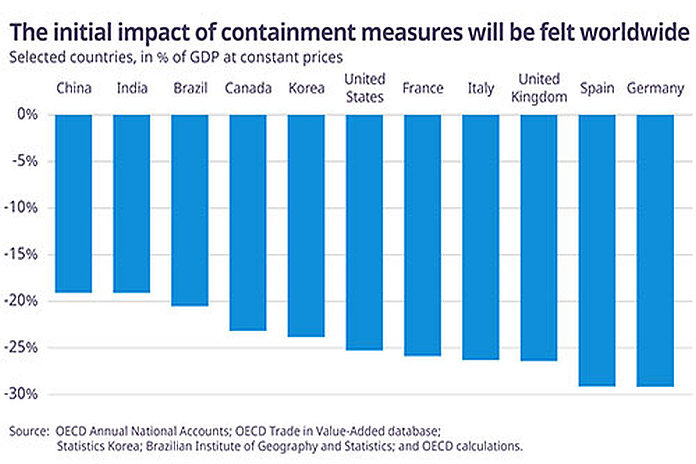 Gurría welcomed the outcome of the G20 Virtual Summit, hosted by the Saudi Presidency, and the resolve shown by the G20 members to use all ammunition to support people and SME’s. In his statement, Gurría built on his recent call for a “global Marshall Plan” to counteract the pandemic’s effects. To “inoculate” economies to current and future shocks, he urged the G20 leaders to act immediately, to:

Gurría stressed that the implications for annual GDP growth will ultimately depend on many factors, including the magnitude and duration of national shutdowns, the extent of reduced demand for goods and services in other parts of the economy and the speed at which significant fiscal and monetary support takes effect.

In all economies, the majority of this impact comes from the hit to output in retail and wholesale trade, and in professional and real estate services. There are notable cross-country differences in some sectors, with closures of transport manufacturing relatively important in some countries, while the decline in tourist and leisure activities is relatively important in others.

The impact effect of business closures could result in reductions of 15 percent or more in the level of output throughout the advanced economies and major emerging-market economies. In the median economy, output would decline by 25 percent.

Variations in the impact effect across economies reflect differences in the composition of output. Many countries in which tourism is relatively important could potentially be affected more severely by shutdowns and limitations on travel. At the other extreme, countries with relatively sizeable agricultural and mining sectors, including oil production, may experience smaller initial effects from containment measures, although output will be subsequently hit by reduced global commodity demand. 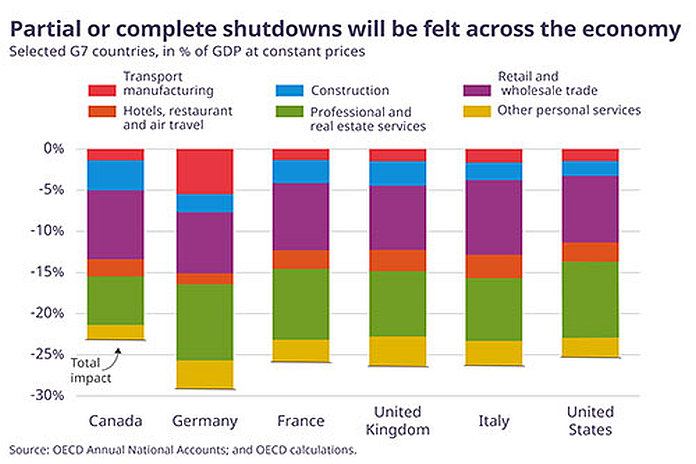 The OECD has committed its expertise to support governments in developing effective policies in any sector necessary to slow the pandemic’s spread and blunt its economic and societal effects – from health, taxes, labour, and employment to SME’s, education, science and technology, trade and investment and more. Through its brand-new platform launched in response to the crisis, OECD provides timely data, analysis, advice and solutions as well as information on policy responses in countries around the world.