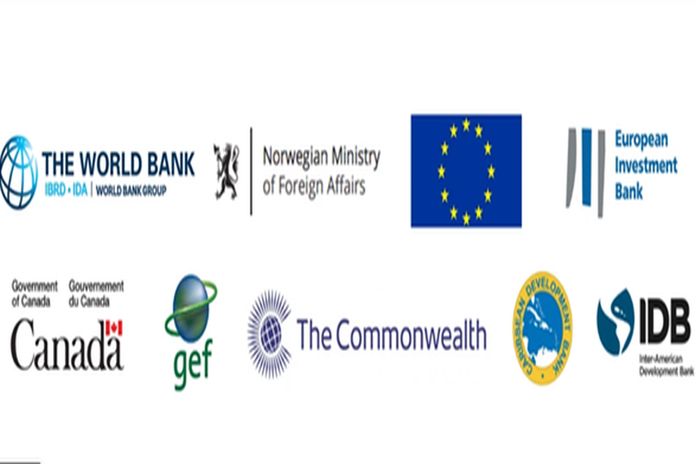 Among the global partners attending the virtual Blue Economy Investors forum was the World Bank, which is currently administering the Caribbean Regional Oceanscape Project (CROP) on behalf of the Global Environment Facility (GEF) to the tune of US$6.3 million.

The World Bank’s latest Blue Economy investment initiative is titled Unleashing the Blue Economy in the Eastern Caribbean (UBEEC). This project aims to support economic recovery in the Eastern Caribbean through economic diversification, generating jobs, and supporting MSMEs and local livelihoods in the OECS. The three priority areas of the UBEEC project are sustainable tourism, fisheries and aquaculture, and waste management. The beneficiary countries are Grenada, Saint Lucia, St Vincent and the Grenadines, and Dominica.

According to Diez, the World Bank looks at the Blue Economy in a comprehensive and systematic way, focusing on three key pillars – data and analytics, policy and institutions, and Investments.

“The World Bank is positioning itself as a global leader in the ocean space, addressing issues related to marine litter, ocean governance, and a wide range of Blue Economy activities. The World Bank is connecting the Blue Economy to jobs, sustainable growth, poverty alleviation, and resilience building. In this current context of the global pandemic, we’ve seen how the Blue Economy agenda is critical to address the impacts of the COVID crisis, especially for SIDS,” Diez said.

The government of Norway is also actively involved in funding the Project, “Building Resilience through a Reduction in Marine Litter (ReMLit)”. The ReMLit Project seeks to enhance policy and legislation for effective management and reduction of waste, while increasing awareness of issues relating to marine litter. Norway also provides funding to other related projects in the Caribbean. These include Low Litter Partnerships which help shipping and fishing move towards a lower plastic future as well as the Plastic Waste-Free Islands project which seeks to reduce the amount of plastic litter in the environment while at the same time improving waste management. Newly appointed ambassador of Norway to the Eastern Caribbean – Beate Stiro, told the virtual forum that Norway considers the OECS a strategic partner in sustainable ocean development.

Team leader for Blue Economy and Resilience at the EU Delegation to Barbados and the Eastern Caribbean – Bogdan Stefanescu, disclosed that the European Union (EU) will continue to be the largest provider of development cooperation grants in Latin America and the Caribbean.

Stefanescu said the EU will continue to advocate for a multilateral world in which “every state, no matter how big or small, has a say.” Stefanescu disclosed that the EU’s new instruments for international cooperation will be much more flexible, coherent and adaptable. We are really optimistic that our way of working with the OECS countries and the Caribbean in general, will become simpler and more efficient,” he said.

According to Stefanescu, the EU’s cooperation in the years ahead will respond to the high needs of the region in terms of Green and Blue investments, by putting in place a system of guarantees, and through planning operations which will leverage extra funding from public and private sources.

The EU has pledged to invest $90 trillion globally, towards achieving the UN Sustainable Development Goals and the Paris Agreement (COP21) commitments. Stefanescu says the OECS Blue Economy Investors Roundtable is timely, given the need for the private sector to step up its role in sustainable development. In this regard, he disclosed that the EU will allocate “a massive budget” to de-risk private sector investment in sustainable development initiatives.

The European Investment Bank (EIB) is spending 2 billion euros to protect the ocean, targeting mainly waste management and wastewater management. This global initiative is being undertaken by the EIB in partnership with Agence Francaise de Development and KFW of Germany. The European Investment Bank, along with other global partners, is a major contributor to the Sustainable Ocean Fund of $100 million. Of that sum, $30 million has been allocated to the Caribbean. EIB Representative in the Eastern Caribbean – Floris Vermeulen, says the Sustainable Ocean Fund is for investments of between $1 to $6 million in the circular economy, sustainable fishing, aquaculture, and biodiversity protection.

According to Vermeulen, this is a fully private sector-oriented initiative and a way to mobilize capital with associated expertise, for Blue Economy projects. EIB is also partnering with the United Nations in establishing a $7 million Technical Assistance Fund to develop Blue Economy projects. Eligible projects under this Technical Assistance Fund include research, wastewater treatment, adoption of more sustainable fishing practices, and creation of new revenue streams from activities such as aquaculture. The European Investment Bank is currently at the stage of identifying projects under that Fund.

The government of Canada is also a major investor in climate-related projects in the region. Senior Trade Commissioner at the Canadian High Commission in Barbados – George Lemieug, disclosed that in 2016, Canada set-up a $5 million Fund to, among other things, improve the region’s potential for clean energy solutions. The Canadian Support for the Energy Sector in the Caribbean Fund is being administered by the Caribbean Development Bank (CDB).

At the global level, Canada has pledged $600 million to the Green Climate Fund (GCF). Investors are encouraged to develop and submit concepts and designs to the Global Climate Fund. Canada recently launched a $20 million CARICOM Climate Adaptation Fund and a $7.2 million fund to help local financial institutions design and deploy ‘green finance’ products for MSMEs and low-income households in the Caribbean.