ExxonMobil has made its final investment decision to proceed with the Payara field offshore development in Guyana after receiving government approval. Payara is the third project in the Stabroek Block, and it is expected to produce up to 220,000 barrels of oil per day after startup in 2024. At current depressed oil prices of around USD$ 40 per barrel that would be equal to USD$ 3.2 billion per year in oil revenues.

This welcome news is a timely reminder of the potential of Guyana’s energy opportunity to fundamentally transform Guyana and the Caribbean region. We are reminded that this good fortune comes after several decades of disappointment in the Guyanese oil exploration sector. It would behoove Guyana and the Caribbean to redouble their efforts to seize this golden opportunity.

Channeling Guyana’s oil revenues wisely and efficiently in the agricultural sector to facilitate a digital, STEM-enabled agricultural transformation will meet increasing agricultural demand and make coping with many of the potentially disruptive forces that lie on the horizon easier.

In an August 2018 presentation at the Queen’s College Summer Math Institute, Guyanese entrepreneur Allison Butters-Grant sounded the alarm at the USD 50 Million Guyanese food import bill and appealed to students to consider careers in agriculture.

Guyanese veterinarian, Dr Nicholas Waldron, has also raised this issue. He notes that “we need to remember that agriculture is an important science too. Modern agriculture is highly scientific and applies to various advanced technologies in a wide range of areas. With the threat of the ‘resource curse’ hanging over our heads, we need to somehow make agriculture more ‘sexy’ and attractive to the younger folk, or else we will either starve or find ourselves wholly dependent on others for our food. I think emphasizing the science in agriculture and introducing technology is one way of attracting youngsters and avoiding the curse.”

A recent McKinsey report notes, “agriculture has been radically transformed by sciences over the past 50 years. Advances in machinery have expanded the scale, speed, and productivity of farm equipment, leading to more efficient cultivation of more land. Seed, irrigation, and fertilizers also have vastly improved, helping farmers increase yields. We are once again at the beginning of yet another revolution in the agriculture sector, at the heart of which lies data and connectivity. Artificial intelligence, analytics, connected sensors, and other emerging technologies could further increase yields, improve the efficiency of water and other inputs, and build sustainability and resilience across crop cultivation and animal husbandry.”

Guyana and the wider Caribbean must begin to orient itself to this new reality. The wise use of the oil and gas sector resources can enable us to meet this challenge. Corinna Hawkes and Marie Ruel write in their work exploring the links between agriculture and health and the opportunity contained therein to improve the health and livelihoods of the poor.

“Agriculture and health are linked in many ways. First, agriculture is essential for good health: it produces the world’s food, fiber and materials for shelter; in many countries, it is also an important source of livelihood among the poor. At the same time, agriculture can be linked with poor health, including malnutrition, malaria, foodborne illnesses, human immunodeficiency virus/acquired immunodeficiency syndrome (HIV/AIDS) livestock-related diseases, chronic diseases and occupational ill-health. Health also affects agriculture: people’s health status influences the demand for agricultural outputs, and in agricultural communities, poor health reduces work performance, reducing income and productivity and perpetuating a downward spiral into ill-health”.

Our vision of an agriculture sector connected to the biomedical and to the nascent biotechnology sectors has deep roots in Guyana and the Caribbean. One finds in

A guide to the Medicinal Plants of Coastal Guyana by Deborah A. Lacjman-White, C. Dennis Adams and Ulric Trotz a useful entry point for an understanding of the vast potential that could be unleashed within the Guyanese and Caribbean contexts by a STEM enabled agricultural sector connected to medicine.

The book, first printed in 1987, is the second in a series of publications describing and illustrating plants used medicinally in the Commonwealth Caribbean countries. The first, entitled A Guide to the Medicinal Plants of Trinidad and Tobago, was published by the Commonwealth Secretariat in 1983. Medicinal Plants of Coastal Guyana has entries for 173 native and naturalized Guyanese plants, as well as a few cultivated species. Under the heading medicinal uses, the ailments for which the plant is believed or alleged to provide a treatment or remedy is listed. For example, we learn there that the juice from the commonly cultivated ochro (or okra as it is known in the US) plant is used for chest colds and as an “eye drop.”

We also learn that the fruit can be crushed with young leaves and used for washing hair, especially as a dandruff treatment. In the book’s Biodynamic Notes, we are told that the peptidoglycans obtained from a related species have shown anti-tumour activity against sarcoma-180 in mice.

Diabetes accounts for approximately nine percent of all Guyanese deaths. Okra has also been implicated in the treatment of diabetes. Investing oil and gas resources in research aimed at exploiting the natural flora and fauna of Guyana and the Caribbean to develop crops and foods with a proven capacity to provide health benefits for people with diabetes, obesity, cancer, and diseases in a sustained manner would be a transformative STEM initiative. This partnership to finance Guyanese students working on PhDs in biodiversity between The Iwokrama International Center, the University of Guyana (UG)  and ExxonMobil is an already existing example of the type of investment being proposed that can be refined and amplified.

The work of Trotz et al., cited above, makes clear Guyana has unparalleled natural resources to connect agriculture and medicine in a way that no one else can. This is the type of bold initiative that can engage all our major higher educational institutions across the Caribbean region.

This interface between agriculture and medicine holds tremendous potential to transform how we think about preventing and treating disease. It allows us to integrate our local ancestral knowledge traditions into mainstream medicine by using science-based research to explain why the traditional remedies work thereby stripping away the mysteries associated with herbal use.

Many foreign researchers are hard at work actively collecting samples, researching, and publishing academic papers based on our indigenous species and traditional knowledge. An intentional investment of oil and gas resources aimed at securing Guyanese and Caribbean intellectual ownership, i.e., patenting, branding etc., of our traditional and indigenous agricultural, scientific, medicinal properties would go a long way to ensuring that we never again have to buy Demerara Sugar from Malaysia.

Dr Terrence Richard Blackman is a member of the Guyanese diaspora, an associate professor of mathematics, and a founding member of the undergraduate program in mathematics at Medgar Evers College and a Member of The School of Mathematics at The Institute for Advanced Study. He previously served as dean of the School of Science Health and Technology at Medgar Evers College, where he has worked for more than 25 years. He’s a graduate of Queen’s College, Guyana, Brooklyn College, CUNY, and the City University of New York Graduate School. 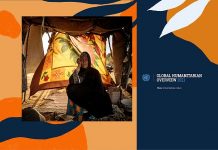 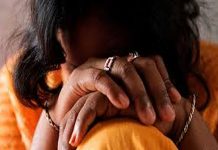