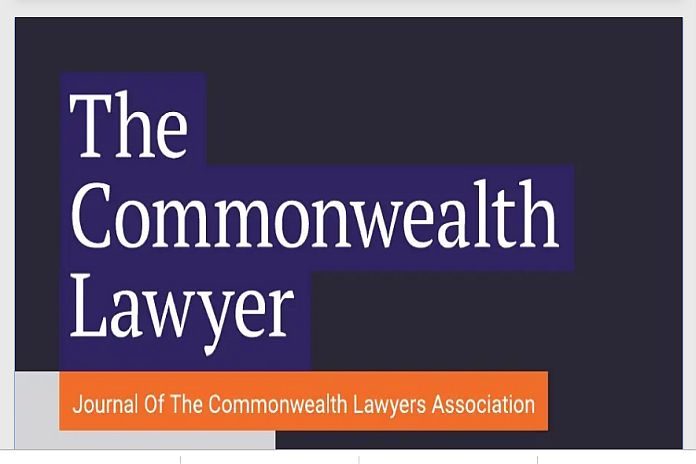 “One of the most shocking abuses of parliamentary privilege in the Commonwealth shaking the foundations of parliamentary democracy was “Emailgate”… when it was so blatantly disrespected and abused by the prime minister Dr Keith Rowley’s extreme, dangerous and unprecedented recklessness”

Parliamentary privilege is a cornerstone of parliamentary democracy. A key feature of it – the one perhaps most widely known is the exemption of members from libel laws. This is also one of its most criticised features, as parliamentarians may often abuse the privilege of absolute freedom of speech by making shocking statements which they may know are unlikely to be literally true, but politically damaging.

Yet, sometimes abuse is so glaring and brazen that the concept of parliamentary privilege in its entirety is thrown into question.

One of the most shocking abuses of parliamentary privilege in the Commonwealth recently occurred in Trinidad and Tobago in the Caribbean, shaking the foundations of parliamentary democracy in the twin-island state itself. The incident has become known locally as “Emailgate”.

The Emailgate allegations were first levelled in parliament on May 20, 2013, by then leader of the opposition, Dr Rowley (who is currently the prime minister).

On that date, he read into Hansard a thread of 31 email messages which purported to be a conversation between four persons – the then prime minister Kamla Persad-Bissessar (now opposition leader), the then-attorney general, then national security advisor, Gary Griffith (now the commissioner of police), and a government minister (now an opposition MP).

The alleged emails, which were later published in the local press, were obviously typed out manually in the document, rather than being a print out of actual email records. There were evident errors and typos in purported meta-data information, formatting, font, and other clear indications that these were not email print-outs.

Nevertheless, they were deliberately read into the record that day, during the then-opposition’s third motion of no confidence in the prime minister (which was unsuccessful). The alleged emails detailed a purported conversation focused on the publication of a newspaper story which was politically and publicly damaging to the then government. Most shockingly, the purported conversation included discussions and conspiracy by the four eminent persons to murder the newspaper reporter who had been pursuing the story. This was astonishing and threw the country into confusion.

The alleged conversation also included discussions about the removal of the director of public prosecutions from office, among other illegal and nefarious acts.

Immediately following the accusations under the protection of parliamentary privilege, the prime minister responded, “The allegations made during the debate by members of the opposition are malicious, false, misleading and scandalous. It amounts to misleading the house and may even amount to a contempt of parliament.”

Dr Rowley was challenged to authenticate the documents, which he could not do.

The government’s press release on the matter further stated, “If a series of print outs, without any well-established electronic verification process, is the foundation of the leader of the opposition’s No-Confidence Motion in the government; then the motion is being built on nothing more than a fictitious and fabricated paper foundation and adds nothing to the development of the People of Trinidad and Tobago.”

The press release also said, “We note too that it points to a significant criminal act to have either concocted the emails or to have knowingly relied on such a malicious fabrication. That is indeed a matter that we would seek to investigate.”

Indeed, the same day of the debate (May 20) the prime minister wrote a letter to the acting commissioner of police, asking him to investigate the claims made by the opposition leader. From that point, investigations began.

Curiously, however, despite the alleged conspiracy to murder a well-known journalist, the then leader of opposition purportedly submitted the documents to the country’s Integrity Commission (which deals with declaration of assets and income, and related matters of corruption prevention) and the president. Neither the police nor the reporter was notified.

According to Dr Rowley, after receiving no satisfactory response, six months later, the then leader of opposition read the contents in Parliament.

Despite the alleged conspiracy to murder, it is indeed notable that at no time did the Leader of Opposition Dr Rowley submit the documents to the police.  Dr Rowley later claimed that the police did not have the expertise to determine whether the emails were genuine, despite the many apparent formatting and font errors and the alleged email addresses that were clearly in error or nonexistent.

In keeping with the distressingly slow pace of justice in Trinidad and Tobago, two years later, in May 2015, the Integrity Commission closed its investigation into the Emailgate matter, saying there were insufficient grounds to pursue the probe.

Nevertheless, the allegations provided justification for much political attack, with many senior figures in the country who were in opposition to the government maintaining that the allegations were true. Investigations by the police and the director of public prosecutions persisted into the elections of May 2015, with the continuing investigations giving a reason for opposition supporters to claim that they were true.

The ruling party lost those elections amidst those accusations, while the investigations dragged on.

After 6 years, on 17 July 2019, the police and the DPP’s office announced that the investigations were concluded and that no action was warranted.

Curiously, the commissioner of police who made the announcement, Gary Griffith, was one of the persons involved in the alleged email conversation that included conspiracy to murder a journalist. Even curiouser, the current prime minister, Dr Rowley, strongly championed the hiring of Griffith for the position of commissioner of police in 2018, despite Dr Rowley’s accusations made in 2013 involving Griffith.

This is nothing short of surreal

Upon the announcement of the closure of investigations, prime minister Rowley refused to apologise, as the former accused understandably demanded. He insisted that members of the then government were not vindicated by the closure of the investigation. Instead, Dr Rowley claimed that they merely “got away”. He dismissed the fact that the alleged emails were not print-outs of emails and that their contents were not able to be verified by Google or Hotmail. His position is that because nothing was able to be proven doesn’t mean that the allegations are not true. He has deliberately prevented closure on this scandalous matter.

This gross abuse of parliamentary privilege in this instance is unprecedented. This incident is a low point in Commonwealth parliamentary history, using parliament to level unsubstantiated charges of conspiracy to murder.

One is left to wonder at times, what some former colonies will make (or have made) of the democratic institutions left behind by their erstwhile rulers. Certainly, in many former colonies, these institutions have been openly subverted or jettisoned by authoritarian and/or military rulers. In other former colonies, however, still purporting to be democracies, they are sadly being made into a mockery. If the right to freedom of speech is ultimately meant to discern, debate and clarify the truth, then the “Emailgate” travesty in Trinidad and Tobago has shown that it is capable of achieving the opposite effect.

Bodies such as the Commonwealth parliamentary association, and the Commonwealth itself – not least because the Commonwealth Charter’s key values include democracy, the rule of law, and good governance – should take notice and make an effective declaration to prevent further abuse and degeneration of our Commonwealth institutions and values. It is our collective duty to defend our shared and common values. 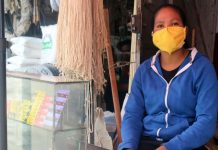 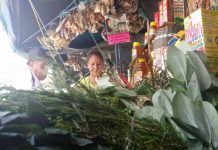 As the health system buckles from COVID-19 pressure, Bolivians turn to herbal medicine

The rights of citizens and the power of the state