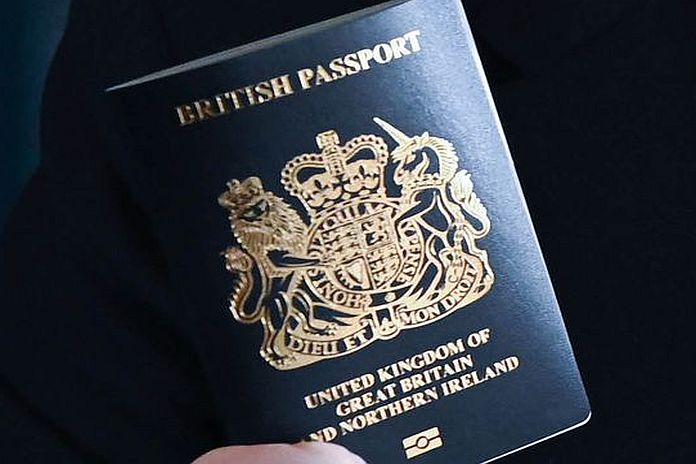 LONDON, England – People have been urged not to delay in applying for a British passport and to allow more time for it to be processed, a statement from Home Office, HM Passport Office, said Tuesday.

“While it is still illegal to holiday overseas and the “Stay in the UK” regulation remains in place, by applying for a passport now, people can make sure nothing stands in their way when they can. Her Majesty’s Passport Office has seen a significant drop in the number of people applying for passports. In a normal year, it processes around seven million passport applications, however in 2020 just over 4 million people applied for their passport.”

According to procedures, “applications will be processed as quickly as possible, people should now allow up to 10 weeks when applying for their British passport to help manage this demand.”

“It is vital those who may need to apply for a new passport do so now. If you have delayed renewing your passport or are applying for the first time, please apply now so you can receive it in good time.

“Our dedicated staff work tirelessly to ensure that passport applications are processed as quickly as possible. This new advice will help to ensure that we continue to meet the travel plans of our customers during any period of the very highest passport demand.”

Applying online is the cheapest and easiest way to obtain your passport.

Meanwhile, Her Majesty’s Passport Office said it will be sending text messages to people whose passports are nearing expiration to let them know to allow more time when they renew, international travel will not be allowed until May 17 at the earliest.

As the prime minister announced, when “Stay in the UK” is removed it will be replaced by a risk-based “traffic light” system with red, amber and green ratings – this will help ensure the UK’s vaccine progress isn’t jeopardised and provide clear guidance for travellers.

“It is too early to predict which countries will be on which list over the summer. Our decisions will be driven by the evidence available at the time, as such, we continue to advise people not to book summer holidays abroad.”

WHO adds Janssen vaccine to emergency tools against COVID-19