As Saint Lucians, we must begin to resonate to the words of Martin Luther King Jr., “I am Black and Proud” and “Black Lives Matter” in the advent of a prime minister that promotes, petite bourgeoisie, pervasive and pernicious Friends, Family and Foreigners (FFF) in the predominantly black population of Saint Lucia.

This resolve must become part of our psyche from now on and forevermore. This should now be the clarion call in our politics and to finally elect a black, capable, humble leader, – a human being who believes in equality and who will fight for the benefit of all the people, regardless of creed or class.

It is clear that the prime minister of Saint Lucia does not identify being black but for the votes of the black and under privilege, choosing to associate conveniently, while the much talked about hybrid or superior component with expectant privilege flounder with repeated lies. A mindset that emanates from the colonial petite bourgeoisie, that one’s physical texture and the eloquence to repeat untruths convincingly. This is in contrast with what should resonate speaking of true leadership – character, morals and value traits.

Simply put, many will have to decolonize their minds and liberate from mental slavery to begin the achievements forthcoming.

Charles Horton Cooley is of the view that “human evolution then like animal evolution rests primarily upon power, but power rests upon cooperation and cooperation which involves social discipline and individual amenability”. He went on to write that mankind is strong through good understanding and through the timely abnegation of a strike, through institutions that symbolize and confirm social unity above all a human nature that is not only intellectual but imitative, conforming, sympathetic and capable of congregate enthusiasms”.

Therefore, it cannot be the survival of the fittest presently portrayed by the present government of Saint Lucia. Moreover, the character traits of indiscipline is a danger to society, that breeds chaos and lawlessness. The shenanigans witness in the parliament of Saint Lucia by some members of the government clearly shows that they are not disciplined by professional disposition and/or by educational upbringing.

The question is often asked; what is the first part of politics? Some response to education, education and education. I endeavour to add that the focus must be on education. A decent education system opens many doors. A requirement for preparing our children for [tomorrow] today’s new reality of COVID-19. A decent education system instills humility and an imperative component for conversion keen on integrity. They are also matters of morality and humanity in the COVID-19 era, mindful that humility is the mother’s milk of greatness. Without integrity, one’s intrinsic value amounts to zero.

The government of Saint Lucia is yet to understand the psyche and culture of a people they govern amid a ‘State of Emergency’ expecting submissiveness and good behaviour at the mercy of a colonial remnant assisted by apostles, witches and acolytes.

Our democracy is one of evasive, pernicious and destructive especially to black people who form the majority of the population. The time has come for us to have an elected black prime minister, and to reform our constitution from the warped mindset, embedded in colonization and of the view that it has a conscience. 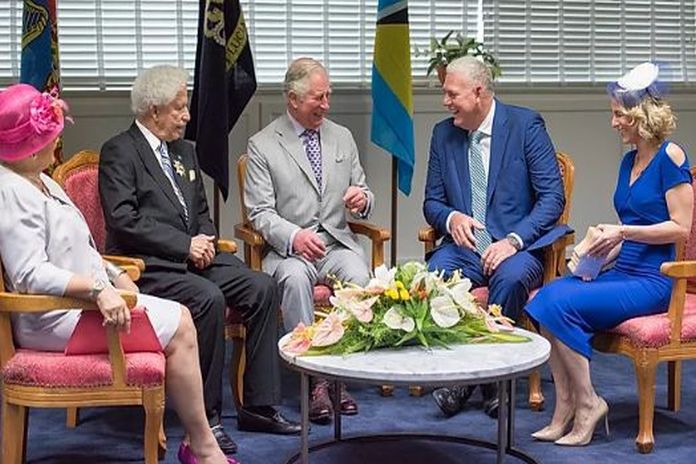 To identify with petite bourgeoisie thinking comes at an enormous cost. Those in power continue to keep us in ignorance, disease and in poverty. Surrounded by discord, we remain weak, vulnerable and susceptible to manipulation by the infiltrators that are ever-present on our soil at the invitation of the government to realize their aspirations,”Building  a new Saint Lucia.”

We are beginning to see in this pristine land of ours is that inequality is growing day by day in our society. We therefore as people must push back because the country may just be pushed into the book that is associated with “The Lord of the Flies”.

To realize one’s aspirations it must be done through organization; and the new communication which are efficient tools for this purpose, hence this article. It is then our freedom will begin to emerge both in terms of who we are, our development and above all our humaneness and pride in ourselves. Our development is not about building skyscrapers or forming little islands on our shores. It is planning so that our children and their children can have a reasonable standard of living. Our founding fathers fought for what we have today we must, therefore, build on that for those to come. It is all about raising that happiness index.

We the people need a government that is accountable to us ‘natives’. We need access to health, quality education, sustainable jobs, and smart communities, to work, live and play, made more evident in this COVID-19 era and pre-general election. The government insists that there is a need for a ‘State of Emergency’ until September 30, is arguable a mental and submissive control mechanism that makes the tall mulatto of childlike functionality seem all-powerful. This, in essence, is cover for the corrupt practice emanated before our very eyes, and that, he who pays the piper plays the tune.

Our society canonize thieves and those in government. We have become accustomed to sanitizing them and vilify the good men and woman for personal advantage. Perhaps, a vestige not forgotten from colonisation.

Professor Patrice Loch Otieno Lumumba is of the view that “if you elect a hyena to take care of goats and then when the goats are eaten you wonder why? This is what we have witnessed in the last four years in terms of the Friends, Families, Foreigners (FFF).

I, therefore, say to the present government and their supporters that have divided the country caring for FFF’s. The first act of forgiveness should come from the prime minister. This should follow the act of absolution and contrition to – Renounce, Repudiate, Reject  (RRR). Renunciation of his thoughts of colonialism and to finally reject his conscience of repression and profit before people – a colonial doctrine.

I conclude by making a statement that in my view has some relevance and that is our politics seem to be increasingly more and more about the management of illusion, brainwashing and false achievements.

William Shakespeare writes, “I have neither wit, nor words, nor worth, action, nor utterance, nor power of speech to stir men’s blood, I only speak right on, I tell you that which you yourselves do know”.

In my humble view, some see it and know it but pretend that it is not so. They rather live a lie than face the truth. However, in contrast, the Irish man Thomas Paine was quite succinct when he wrote; “when it shall be said in any country in the world, my poor are happy, neither ignorance nor distress is to be found among them, my jails are empty of prisoners my streets of beggars, the aged are not in want, the taxes are not oppressive, the rational world is my friend because I am the friend of happiness when these things can be said then may the country boast of its constitution and its government.”

The time is now to illuminate the darkness that flambeau refuse to shine on the masses. At the next election is our duty to elect a native Saint Lucian as prime minister. Someone who is ‘black and proud’ and structured in the upbringing of integrity, discipline and humanity. 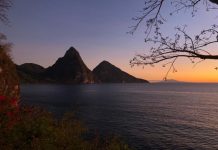 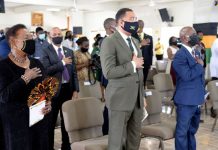 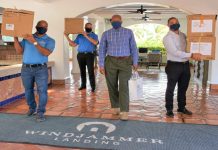 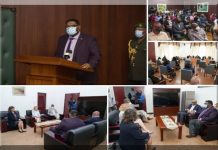 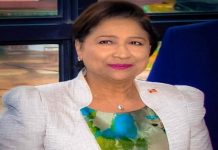