TORONTO–(BUSINESS WIRE)–#fridapop—Playmaker Capital Inc. (TSXV: PMKR) (“Playmaker”), the digital sports media company that delivers authentic content experiences through its portfolio of sports media and technology brands, announced today that it has acquired 100% of the digital assets of underdog dba JuanFutbol (“JuanFutbol”), operator of an assortment of widely popular social media and digital channels as well as leading sports-focused web properties from Soccerly SAPI de C.V., to accelerate Playmaker’s growth in key Mexican and US Hispanic markets. 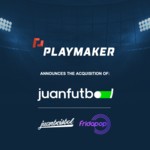 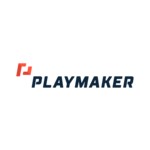 Playmaker brand, Futbol Sites, will integrate JuanFutbol’s team of experts in branded content to enhance the execution of sponsored campaigns in the region and more broadly across Latin America and the US. JuanFutbol’s strong track record of partnering with top-tier brands adds market leading relationships and reputation to Playmaker’s direct selling capabilities. The Mexico City based team that includes social media experts, media planners, creatives, video editors, copywriters, designers, and data scientists will be critical in supporting high-value brand partnerships ahead of FIFA World Cup Qatar 2022 and beyond.

“Since the first day of 2022, we knew this year would be a critical one for JuanFutbol as each World Cup year presents great opportunities,” said Miguel Ramirez Lombana, JuanFutbol CEO & Co-Founder. “We feel very fortunate to partner with Playmaker, which we believe is the ideal group to take JuanFutbol, JuanBeisbol and FridaPop to the next level. Playmaker’s commitment to building the most relevant ecosystem in digital sports media is unprecedented and we are proud to add our brands and experience to their successful ride.”

Mr. Lombana and his Co-Founders are among the most respected digital media entrepreneurs in the region as they bring over 20 years of experience building successful digital sports media properties. In 2000, they launched mediotiempo.com, a pioneer site in the early internet days and a leading sports property in Mexico when it was acquired by Time Warner in 2010.

Playmaker has identified Mexico and the US Hispanic population as important markets for its growth strategy as they cumulatively represent approximately 190 million people, including 37 million people of Mexican descent that currently live in the U.S.1 As Playmaker looks to make further inroads with these fan groups, JuanFutbol’s coverage and exposure to Mexico’s top soccer league, Liga MX, will be instrumental. Liga MX is the most popular soccer league in both Mexico and the US Hispanic markets and it has recently fielded investment interest from global private equity firms for future growth opportunities. In the past year, Liga MX also announced a joint venture with MLS to sell international media rights for a revamped inter-league competition, Leagues Cup, presenting secular tailwinds for Liga MX going forward.2

“JuanFutbol is one of the most respected and recognized brands within the sports media industry in Mexico. It is a fantastic complement to our existing portfolio in Mexico and puts us in a unique position in this market,” said Federico Grinberg, Playmaker EVP and Futbol Sites CEO. “Less than 4 months before the start of the FIFA World Cup Qatar 2022, it allows us to have a unique offering in terms of quality and reach for advertisers. Cracks, Bolavip and JuanFutbol together form an unstoppable attack front.”

Pursuant to the terms of a purchase agreement dated July 26, 2022, Playmaker acquired 100% of the digital assets of JuanFutbol for aggregate consideration of up to US$2.8 million. The purchase price consideration consisted of (i) a closing cash payment of US$400,000, (ii) the issuance of 421,754 Playmaker common shares (the “Playmaker Shares”) on closing, priced at CAD$0.75 per Playmaker Share, and (iii) a target earn-out of US$1.4 million payable to the sellers upon JuanFutbol achieving certain revenue and performance targets, with a maximum earn-out of US$2.1 million if revenue and performance targets are exceeded, in the period of July 1, 2022 to December 31, 2023.

To sign up for Playmaker’s Investor Alerts, visit: playmaker.fans/investors

Accenture to Acquire Experity to Scale its Experience and Commerce Platform...